In a process known as digital transition, all sectors are implementing new technology to improve their business operations and boost productivity. However, according to a recent Deloitte research, 71% of experts believe their legal teams are unprepared for rapid technological adoption. Due to significant risks and liabilities, the legal business is reluctant to change. On the other hand, typical paper-based contracts take time and money to produce. These contracts are vulnerable to falsification and manipulation. Aside from the maintenance and publishing costs, the contract signing procedure lacks transparency because traditional contracts do not include time records. Because information technology impacts organizations throughout the world, the legal sector must examine digital technologies to keep up with evolving technology trends. Smart contracts based on blockchain technology are one such technique.

Blockchain technology was created for bitcoin and has now become a currency accelerator. Multiple unidentified participants can maintain agreement on the present state of the smart contract and updates to a shared database using the blockchain system. Blockchain technology has gained traction in various industries because of its improved transparency, permanent ledger, lower costs, and lack of human interaction. Now we will discuss smart contracts in detail to know how to write a smart contract & also how to use a smart contract. Also don’t miss reading Hot Wallet vs Cold Wallet Comparison – it’s your 2022 guide.

What Are Smart Contracts?

A smart contract is a highly decentralized program that responds to events by executing business functionality. The exchange of money, service delivery, unlocking of information secured by rights management, and other manipulating data, such as altering the name on a property title, are all possible outcomes of the smart execution of the contract. Smart contracts may also enforce privacy protection by allowing for the selective transfer of confidentiality data to fulfill a specific request. The programs that underpin smart contracts may be developed, distributed, managed, and updated in a variety of ways. They can keep track of their transactions on a blockchain or through other smart contracts, and they can connect to a variety of payment technology and network exchanges, including cryptocurrencies like bitcoin.
Despite their name, smart contracts are not legally binding contracts. Their main goal is to automate the execution of business rules that perform a range of activities, procedures, or actions in reaction to a set of criteria. To link its implementation to legally binding agreements between parties, legal procedures must be completed. Smart contracts primer is defined as coded computer systems that can either integrate components of a legally binding document (e.g., offer, acceptance, and consideration) or just execute specific provisions of an external contract, according to the Primer.

Nick Szabo initially presented the concept of smart contracts in 1994. Szabo is a cryptographer & legal scholar involved in developing the foundation for electronic currency. Because there was no digital service or Blockchain-based technology to enable smart contracts at the time, there was little interest or engagement in them. The bitcoin cryptocurrency was created in 2008 on a blockchain network that uses a distributed ledger to track financial transactions.
Smart contracts are becoming more common as bitcoin becomes more widely used and blockchain technologies become more widely supported. This technology allowed the creation of smart contract code, which is used to insert the contract’s terms onto the Blockchain. Smart contracts may currently be used on various platforms, including Ethereum, Hyperledger, Tezos, and Corda. Real-World examples of smart contracts applications such as trading, investment, banking, and financing are examples of smart contract applications. They can be utilized in various industries, including gaming, health, and real estate, as well as to construct entire company structures.

What Do Smart Contracts Do?

A smart contract is a program that encrypts business logic and operates on a dedicated virtual environment embedded in a blockchain or other blockchain technology. Business teams engage with developers to establish their needs for the smart contract’s desirable outcome in response to specific events or conditions, which is the first step in building a smart contract. Criteria such as payment authorization, shipment receipt, or a utility meter reading threshold are examples of simple events. More complicated occurrences, such as determining the value of a contingent financial instrument and completing a derivative deal or instantly releasing an insurance payout in the case of a tragedy or a natural disaster, could be encoded using more sophisticated logic.

Developer And The Logic

The developer then creates the functionality and verifies it on a smart contract authoring platform to check that it works as expected. After that, the app is developed and sent on to a security review panel. An internal expert or a company specializing in assessing contract privacy might be used. The contract is then implemented on an existing blockchain or other decentralized blockchain technology once authorized. The smart contract is set to listen for event updates from an “oracle,” which is effectively a cryptographically protected streaming data source after it has been installed. The smart contract runs once it obtains the necessary combination of information from one or more prophecies.

Smart contracts may apply in a wide range of industries, including healthcare, supply chain management, and financial services. The following are some examples:

Paper-based systems, in which forms are sent through many channels for approval, have historically harmed supply chains. The time-consuming procedure raises the danger of fraud & loss. By providing those participating in the chain with a transparent and secure digital version, Blockchain can eliminate such concerns. Smart contracts may be used for managing inventory and payment and job automation.

Smart contracts form a safe ecosystem for electing, making it less susceptible to interference. Smart contract ballots would be ledger-guarded, causing them very hard to read. Additionally, smart contracts have the potential to raise voting turnout, which has historically been low owing to an inefficient system that requires voters to queue, show identification, and fill out paperwork. Voting may expand the participants in a voting system when transmitted online using smart contracts.

In various ways, smart contracts assist in the transformation of traditional financial services. When it comes to insurance claims, they verify for errors, route them, and then send funds to the customer if everything checks up. Smart contracts include essential bookkeeping capabilities and avoid the chance of accounting records being tampered with. They similarly let owners contribute to translucent decision-generating. They also assist in trade clearing, which transfers payments once the values of trade agreements have been computed.

Utilizing a private key, Blockchain can stockpile patients’ coded health chronicles. Rendering to accommodate the privacy respect, only certain individuals would have a permit to see the records. Similarly, smart contracts can conduct research confidentially and securely. All patient infirmary slips may be reserved on the Blockchain and allotted to protection providers robotically as an indication of provision. Furthermore, the ledger may be utilized for various tasks, including supply management, drug supervision, and regulatory compliance.

Smart contracts can speed up this process of commercial procedures that span different organizations.

All documents kept on cryptocurrency are copied many times, allowing for the restoration of original versions in the event of data loss.

Smart contracts are executed automatically by the network, eliminating the need for a third party to oversee commercial transactions.

Smart contracts have the potential to automate cross-organizational business operations. Many operational costs and resources may be saved as a result of this, including the staff required to monitor the status of a complicated process that runs in response to conditions that cross organizations.

Smart contracts may also use blockchain ledgers and many other distributed ledger techniques to keep a permanent record of all activity linked to the execution of complicated procedures. It also offers automated transactions, which eliminate the possibility of human mistakes and assure contract execution accuracy.

While there are many reasons to use smart contracts, some others should avoid. Before making the switch, consider the following obstacles and restrictions associated with smart contracts.

For legal firms, logic-based execution might be difficult. The use of phrases like ‘good faith, “reasonable,’ and ‘best endeavors,’ as well as the purposeful use of terms like ‘good faith,” reasonable,’ and ‘best endeavors,’ all contribute to the subjective nature of contract formulation. As soon as the parties wish to form a relational agreement instead of a transactional contract, this type of arrangement is essential. Smart contracts are rendered useless in such situations.

Because smart contracts eliminate the need for intermediaries and attorneys, all parties involved must understand the legal implications of public, personal, criminal, and commercial law.

Transactions That Are Postponed

The scientific method is a liability rather than a benefit in certain circumstances. For example, congestion in a blockchain network might cause a transaction to be delayed, increasing the transactional cost over that of traditional contracts.

Partners will deal honestly and not profit unethically from a transaction, according to the idea of good faith. Smart contracts, on the other hand, make it hard to ensure that the terms are carried out exactly as promised.

Although smart contracts attempt to remove the involvement of third parties, this is difficult to achieve. In traditional contracts, third parties play a different role than in traditional contracts. Lawyers, for instance, will not be necessary to write contractual agreements, but developers will need their help interpreting the requirements so that smart contract software can be created.

A smart contract functions autonomously rather than through intermediaries due to lines of code. Intermediaries include lawyers and agencies, for example. In other terms, it is a contract that executes itself. The conditions of the parties’ agreement are written in lines of code. The code is spread throughout a decentralized distributed blockchain network.

Smart Contracts expand on the Blockchain’s capabilities, from a ledger for monetary operations to a broad range of domains and activities. They are computer-coded algorithms that apply a system of regulations that have been agreed upon by all parties involved in the Blockchain’s operation. These contracts may be activated at any time, resulting in several outcomes that are recognized by the whole system and have no chance of failing. Smart Contracts have the same concepts and benefits as traditional contracts, such as irreversibility, transparency, & security, since they run on a public Blockchain. Of course, no other parties will be engaged in the code execution, ensuring complete transparency.

What Is The Smart Contracts Status?

This is only a small sample of the wide range of topics Smart Contracts may use. The content of applicability for this technology is essentially limitless. In these times of global pandemic, we can also mention that there is current research and projects aimed at improving the management of statistical data from around the world as well as the tracking of relevant individuals’ information, thereby accelerating the primary treatment to deal with Covid-19 by utilizing Smart Contracts. There is indeed a long way to go on the road to Smart Contracts. Due to advancements in scalability, latencies, flexibility, and privacy, widespread adoption will occur sooner rather than later. These topics are constantly evolving, and we should expect to see a lot of advancements and possibilities in the coming years. 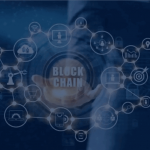 OUTSOURCING – A KEY FOR STARTUPS TO GROW QUICKLY!

Starting your own business is always a challenge and in today’s economy, it... 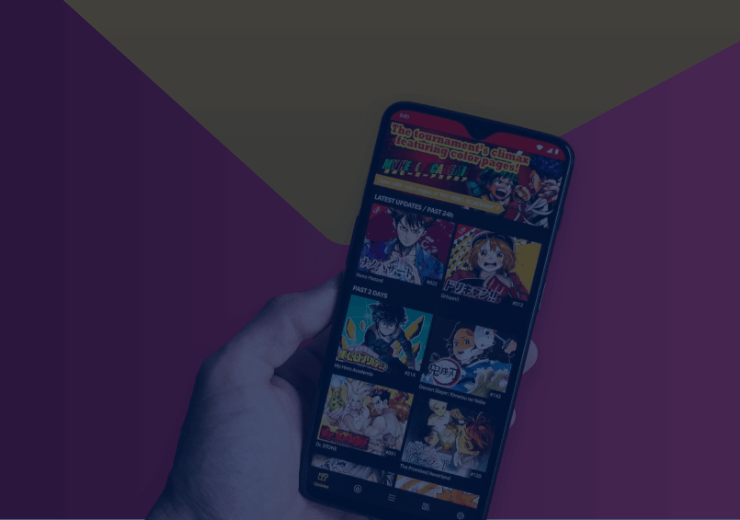 Reading Manga and comic series is a popular pastime for all Manga lovers,...