MOBILE APPLICATION DEVELOPMENT: WHY IOS IS MORE EXPENSIVE THAN ANDROID?

The Development Of Mobile Applications For Android

Let’s start with Android, the most popular operating system in the world, whose market share is over 80%.

The most known devices running Android are:

Android SDK and the Eclipse IDE tools are ideal for embarking on the development of mobile applications for Android. They can be used from Microsoft Windows, Mac OS X or Linux, given the open-source nature of the operating system.

Android applications are mostly developed in Java. There are two platforms:

The cost to get into the development of Android applications

To become an Android developer and publish applications on Google Play, you must first register as a developer at Google. The procedure is very simple and takes just a few minutes. It must fulfill the one-time registration fee of $ 25.
It should also invest in a smartphone, for example, Nexus 6 costs about $ 500 and a single computer to $ 400 on average. This leads to a cost of approximately $ 925.

The development of mobile applications for iOS

The impressive growth of Android in recent years is mainly at the expense of iOS which now holds a 15% market share.

Using Adobe Flash is allowed only from iOS 8, but users of iPhone, Touch or iPad to iPod with a version prior to iOS 8 can not take advantage of this update today.

Only Apple mobile devices can operate under the iOS operating system, including:

Since the year 2008, any developer has been able to make use of free mobile app development kit for iPhone as well as iPod Touch. However, to use the app on devices and sell, you must register with the iPhone Developer Program, which pays him. The development of mobile applications for iPhone, iPod Touch and iPad is only on Mac with Xcode application. Objective-C and Swift are the programming languages used to develop iOS applications.

The cost to get into the application development iOS

The development of mobile applications for iOS is more expensive than that for Android, but the price difference is not explained by the costs that must engage developers. As you can see, the amounts do not differ much. The Android market is more competitive, and developers who venture there tend to lower their prices to retain their potential customers, however, the iOS market provides greater price stability. 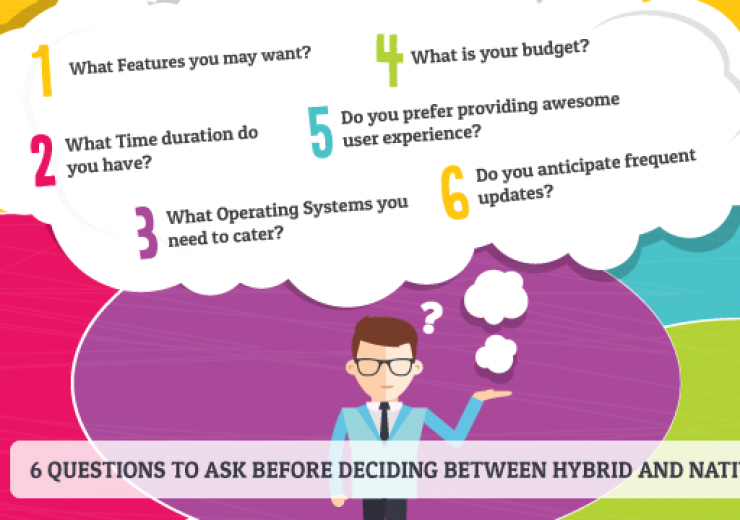 Hybrid or Native App? 8 QUESTIONS TO ASK BEFORE Choosing!

You need a mobile app for your business and ask detailed questions to the software...