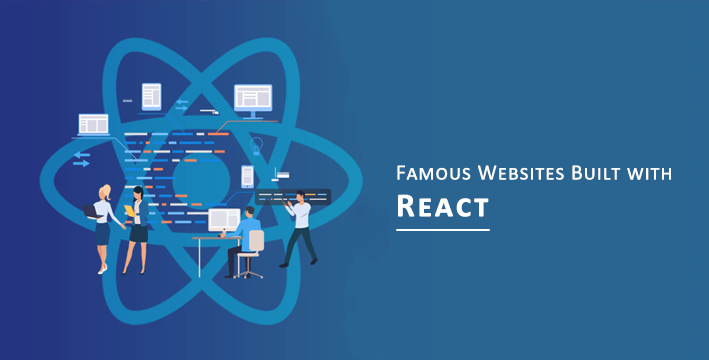 React.JS is a popular javascript library known for its flexibility and enhanced productivity. The framework is used to build the user interface of all types of mobile and web applications. Besides, React.JS was quick to rise to the peak of fame due to its simplicity. The developers break down the UI into simpler components, allowing them to bring about a unique digital product in no time.
Keeping in view app the full range of benefits that React.JS offers, several multinational companies built robust websites with react. Some of the most popular sites built using React.JS are as following:

Facebook is the forerunner of today’s advanced social media. It was introduced as the breakthrough social media website that rose to unimaginable heights of fame. The audience greeted Facebook with immense enthusiasm due to the plethora of features it offered. The credit goes to none other than React JS. React JS served as the foundation for the social media giant, connecting billions of users all across the world. Not only did it allow communication to become hassle-free, but it also introduced features like status and stories. Other social media platforms later adopted these.

Data storage posed a significant threat to many all around the world until Dropbox came into being. Dropbox introduced the concept of storing and synchronizing data in the cloud. This happened to amuse masses, causing people to use it for all kinds of purposes. The secret behind Dropbox’s popularity is the React JS framework. Built with its solid concepts, developers used its plugins and extensive libraries to bring about Dropbox. As a result, users were able to access their data from anywhere through any device connected to the internet.

The trend of posting photos was triggered by a social media giant, Instagram. Used by people of all ethnicities, its foundations were laid using the framework React JS. Its attractive user interface attracted masses from all parts of the world. Besides, the framework also arms Instagram with some enticing features that other social media fail to have.

Scribd was a dream-come-true for avid book readers. Providing e-book subscriptions for almost all platforms, Scribd is known as a digital library. It was built using the React JS framework that allowed it to run on all kinds of devices. Users enjoy the perks of having access to almost 60 million documents and about a million audiobooks.

You must have come across the name Elon Musk and Tesla. Tesla is a multinational company that has introduced leading-edge sustainable energy solutions. Furthermore, the company has earned vast deals of profits via its innovative marketing techniques. This also included the development of Tesla’s website React.JS.Aa a result, it was able to incorporate enhanced functionalities on the site that hugely attracted people.

The introduction of khan academy as the online education portal sought great attention from all across the globe. Khan Academy was built using the framework React.JS, aiming to provide educational assistance to students anywhere. The website and app are useful learning tools for students as along with informative lectures; it also offers quizzes and assignments to enhance their learning.

The concept of online payments came into being with the introduction of PayPal. Laid on the foundations of React JS, Paypal allows users to send and received the money in the most secure way possible. The credit for this fantastic functionality goes to the React.JS. Paypal received such love from the users that despite being years old, it is still being used by people on a larger scale.

Netflix is one of the most popular social websites that offer video streaming facilities to its audiences. With the use of React.JS, it manages to put forward a user interface in the most beautiful way possible. Moreover, the HD quality videos, along with artificial intelligence-based searches, influenced millions of people to use it.

Uber was launched as a mobile app that aimed to solve the hassle of seeking conveyance. It works by connecting the customer to a driver who charges his client according to the distance traveled. To make the app work properly, the company made use of React.JS to develop a robust app. As a consequence, the app has above 10 million downloads as it offers an extremely user-friendly interface with the least amount of confusion.

Life these days gets unimaginable without Whatsapp. One of the biggest social media giant WhatsApp provides free instant messaging services. It runs on all platforms and is available for free on all app stores, making it the connoisseur of communication. It adopted the latest app development technology React JS. The easy maintainability, along with enhanced features, allowed developers to create a masterpiece of end-to-end encrypted communication. 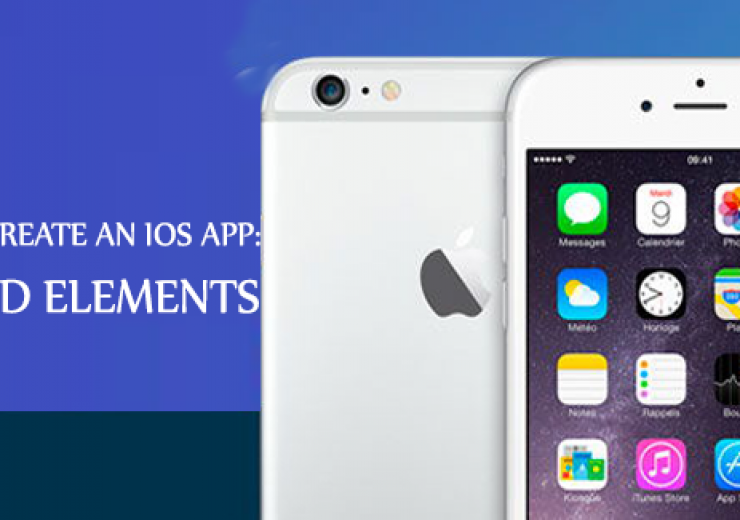 HOW TO CREATE AN IOS APP: STEPS AND ELEMENTS

A few weeks ago, we talked about how to create an app for Android devices. Now we have...