NEW TRENDS IN APPS DEVELOPMENT FOR 2017

Mobile phones have become increasingly important for communication, marketing, and consumption. The apps, in particular, are in full development, 130% this year. According to a study offered by B2B research company Clutch, almost 50% of small business owners will have an app in 2017, and traffic that was previously 10% is now close to 70%. It is predicted that in a couple of years, all web pages will be compatible with mobile and tablets, in fact at present Google rewards the sites that are mobile-friendly. It is because of this that the development of web or mobile applications is so fundamental in the present and will be even more important in the coming years.

Among the new trends in application development in 2017, we find:

– Increase in the development of mobile applications for health and fitness segment. It has been estimated that by the year 2017 in Europe more than around 42 million people will have mobile apps to let them improve their well-being.

– The apps seek to be connected with sensors connected to the Internet, such as using wearables and smartphones.

– The development of apps will be more bound to make life and user services simpler. On the Internet, there is sufficient amount of data, and it is predicted that by the year 2020 there will be twenty-six million objects connected in the network. It will seek to transform nuances of complex data, with a simple visualization.

– The apps for commercial purposes will increase by 2017. As we have already mentioned, it will be fundamental for entrepreneurs, especially small ones, to have a mobile app as the apps will provide information that is easy to access and gives a great benefit to this sector.

– Another niche that definitely grew and that will continue to boom in this coming year 2017, is the extension of instant messaging. For instance, talk with an avatar or chatbots is a good example of an application that has positioned itself very well is Slack, an application to share information within the work teams of companies, which has personally revolutionized the way in which work teams and projects are carried within the organizations.

As for the development of Apps in 2017, the trend is strengthening security. 75% of current mobile applications will not pass the basic security test. Hence, it is a challenge for developers to deal with problems, such as data leakage and insecure data etc.

Take into account these predictions and plan how you are going to ensure your presence in the mobile world!

PrevHOW CAN A BUSINESS APPLICATION IMPROVE THE PRODUCTIVITY OF YOUR TEAMS?June 14, 2019
5 Most Popular Website Development Frameworks of 2019June 14, 2019 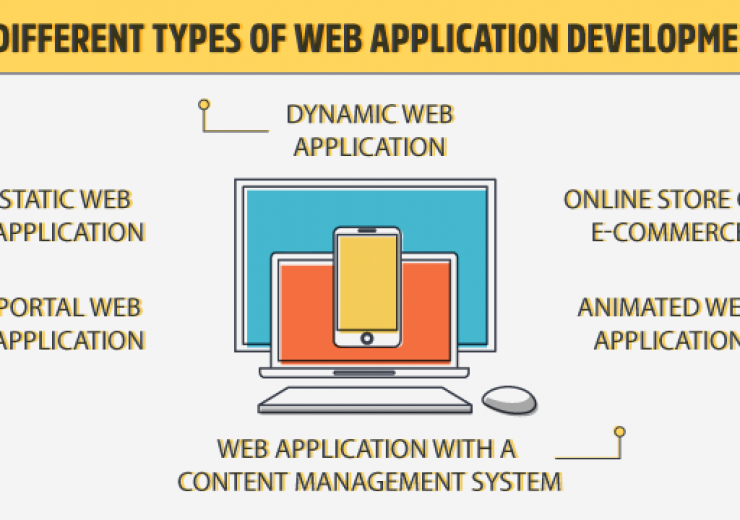 If you have read our previous posts, you must have a clear idea of what is a web...