In today’s highly competitive market, businesses are continually investing in the digital ecosystem to improve their business operations. However, sophisticated digital projects might stymie their intended growth if implemented incorrectly, resulting in significant resource waste, and leaving companies in worse shape than before. As a result, businesses have realized that they need to test their technological platforms. They’ve also learned that managing their relationships with their workers, customers, systems, and data is critical to the success of digital transformation programs.
Test automation can help firms navigate the transition period and reduce the risks related to software assets. Continuous testing has played a critical part in the DevOps team’s rapid expansion. Firstly, Continuous testing was introduced to decrease the time it took for developers to provide input. It aims to test more frequently, especially early in the development process, and eventually test the entire unified codebase. Continuous testing enables businesses to effortlessly connect their software with old systems and improve operational efficiency.

What Is DevOps And Its Role?

The purpose of DevOps is to automate and simplify the whole software development process. Most firms’ DevOps testing strategy starts with CI (Continuous Integration), an agile best practice that includes developers uploading code into a common repository many times per day. Each check-in is verified automatically, allowing teams to catch mistakes and concerns as quickly as possible.
Automation frameworks and continuous integration technologies like Jenkins and Bamboo are used to develop, test, and deploy apps automatically as needs change. DevOps aims to bring Production and Management teams together to create better, quicker, and more responsive software. DevOps is a revolutionary idea aimed at bridging the gap between development and operations to meet the growing need for quicker and more frequent software deliveries. This will help your firm to react to changing business needs. To build high-quality applications, the DevOps culture shift relies on continuous workflow, architectural, and infrastructure improvement.

Part Of Continuous Testing And How It Affects

Early in the product development lifecycle, continuous testing is used. It extensively evaluates the software quality as part of the continuous delivery procedure due to regular testing. Software is moved from one group to another in a standard testing framework with well-specified development & QA phases. Because it was prioritized over the project timetable, this procedure would take a good deal of time for the QA team to verify quality. However, because today’s businesses must quickly provide software to their consumers, the old architecture is no longer an option. Companies can release software updates quicker using a continuous DevOps approach that moves from creation to testing to delivery. Furthermore, continuous testing allows DevOps teams to investigate critical issues early in the development process. As a result, it aids in the prevention of problems and saves businesses money on the expense of rectifying faults later. The developer team, Quality assurance (QA) team, DevOps team, and operational employees are all involved in continuous testing in DevOps.

DevOps operates with its system, architecture, resource, and process. There is a long tradition of cross-discipline cooperation on the process side. When writing code and pair programming, developers usually work together. Their productivity is typically assessed in days or hours. The code is ready for deployment, not intervention after it has been developed. DevOps understands & automates the handover of code between formerly isolated departments in terms of technology. Continuous testing in DevOps focuses on breaking down testing and QA silos so that everyone can contribute to the entire software development lifecycle.
Continuous testing may thrive in a DevOps environment if the organization is dedicated to positive transformation. However, companies should focus on how these tools are linked together for effective implementation rather than the most popular solutions for the continuous integration environment. They may achieve the continuous component of the automation process by ensuring smooth information sharing across tools. It can also eliminate the requirement for manual involvement in the process.

What Are The Continuous Testing Benefits?

Throughout the development life cycle, the test method tests code changes, ensuring that each code piece goes through repeatable testing phases. Every system and subsystem in the system integration or build pipeline and the release pipeline are thoroughly tested. Comparative testing is conducted in the same configuration environment to ensure consistency.

Test automation solutions like Appium and Selenium provide precise and thorough data through dashboards. Because they can trace every mistake and successful test case run, the entire team benefits from increased transparency.

Continuous testing entails automating and running tests from the start of the DevOps workflow. As a result, there’s a greater chance of addressing all potential failure paths generated by code modifications.

While DevOps principles demand a quicker speed for software, ensuring that the result is risk-free is essential. Each time there is still a code update, there is infinite room for error. Continuous testing enables timely responses in the event of problem discovery and eliminates high costs that may come near the conclusion of the project cycle.

There is no downtime for code reviews since the development and testing teams collaborate closely throughout continuous testing. As a result, there is no need to schedule any downtime in the development process to facilitate code reviews. A well-functioning version control system determines when and where to merge code changes.

Shift-Right & Shift-Left In A Nutshell

Shift-Right & Shift-Left are umbrella categories for different forms of software testing based on where they happen in the Development pipeline. Shift-Left tests happen closest to the beginning of the pipeline in the DevOps software development process.

Continuous testing necessitates a perfect balance from Shift-Left to Shift-Right for testing to never stop during software development.

DevOps And How They Utilize Shift Left Testing Methodology

In contrast to conventional setups, where testing occurs towards the conclusion of development, DevOps culture utilizes the Shifting Left testing methodology. Shift Left testing moves testing to the left of the software development life cycle, to the earlier stages. When the development process begins, testing begins as well. This strategy aids in the early detection of flaws. These characteristics of a DevOps testing environment help to improve software quality dramatically. However, whether the testing approach succeeds or fails determines how well firms follow DevOps best practices for testing.

How To Implement Continuous Testing?

A few aspects must be addressed first to execute continuous testing effectively all through the DevOps software life cycle. For the appropriate implementation of continuous testing, specific requirements like test data, environments, interfaces, and so on must be met in the following ways:

The development team may automatically produce a new manual and test automation testing process at the start of a DevOps cycle. As time passes, testers will be able to construct automated tools that produce testing on their own. From the generation of new tests, test suites, and the implementation of positive and negative testing scenarios, the entire test workflow becomes automated over time.

CI pipelines must connect with a suitable test automation suite to support continuous testing. Code deployment operations can ultimately link with the automatic workflow tools that have been designated for this purpose. Without the pipeline’s solid automation, continuous testing cannot be implemented appropriately in DevOps. Every cycle of the CI pipeline must be standardized in terms of setup and automation.

The test data for numerous test situations is sometimes overwhelming, whether good or negative. The most extraordinary technique for ensuring that the most exemplary testing efforts are implemented in the DevOps process is to generate this data synthesized cleanly. When this data is required for testing, it is critical to transfer it to one scenario.

Continuous testing necessitates more frequent testing, which implies the code is exposed to various contexts. For testing to occur, these CI environments must be always available. The easiest way to do this is to virtualize these settings. Start using some of the top-rated DevOps pipeline tools.

Continuous testing allows developers to receive instant feedback about their code modifications’ quality and efficacy. This also aids test automation team members to work with the same idea from the beginning of the DevOps pipeline. Dashboards with real-time test feedback data must be available to the entire team. Whether it’s security, performance, load, or API testing, the quality of the feedback mechanism determines the quality of the test techniques.

When integrating Continuous Testing into the development process, there are a few things that developers and QAs should keep in mind.

There’s always the chance that the freshly published build would perform poorly or crash. Companies must have a robust roll-back plan in such situations. Before sending any code into production, developers must guarantee that all vital information is backed up.

DevOps cannot exist without continuous testing. Every organization is unique and has its approach to implementing Agile techniques. An all-in-one environment that allows teams to pick their preferred programming languages, tools, and resources for testing is an effective method to incorporate Continuous Testing. Get your team to work on DevOps performance testing for reliability. The best option is to outsource your testing requirements – You can trust Clustox experts to take care of your needs with our expert DevOps testing services.

Connection Of DevOps With Continuous Testing

DevOps teams should use best practices in continuous integration, agile testing, and test-driven development to speed up test QA procedures and minimize cycle time. Shared responsibilities for achieving the most incredible quality are central to DevOps pipelines. Everyone in an agile DevOps team is equally accountable for the product quality or the project’s success and explains what continuous testing is.
DevOps QA testers must have adaptable abilities to shift quickly from one part of the DevOps software pipeline to the next, whether development, integration, testing, releasing, or deployment. This implies that testing is done by the entire team, not just dedicated testers, or quality assurance experts, and includes team members with backgrounds in programming, database administration, business analysis, or system administration. Team members with DevOps testing or testing tool experience aren’t restricted to just that activity; they may also interact with customers or company owners on product needs and help other team members to build high-quality code that meets those criteria. Thus continuous test automation is reliable.

Starting with a thorough understanding of the people, culture, and operations of the company, it’s also advantageous if they have strong communication skills, as the DevOps testing strategy they’ve developed is focused on standardizing the overall development, testing, and operating environment to reach the goal of continuous delivery. A comprehensive grasp of many of the following technologies is one of the technical skills DevOps QA testers require (for more information, see the DevOps Tool Section below):

Creating scripting code in a language like JavaScript, Perl, Python, or Ruby is another valuable talent for implementing automation technology and techniques at all levels, from requirements to programming to testing and operations.

DevOps is the best answer for increasing or maintaining market competitiveness for many businesses. Continuous testing is an essential component of CI and CD pipelines since it allows for frequent, high-quality software delivery. The effectiveness of testing is highly dependent on the DevOps culture’s best practices. DevOps testing techniques revolve around automation and related tools. Finding the correct test automation options is logical for the software development lifecycle to the mapping process. Integrating best-in-class test automation technologies that function effectively in a range of contexts is the next most crucial step. Only the correct technology partner can assist in implementing effective test automation for the development of reliable software. 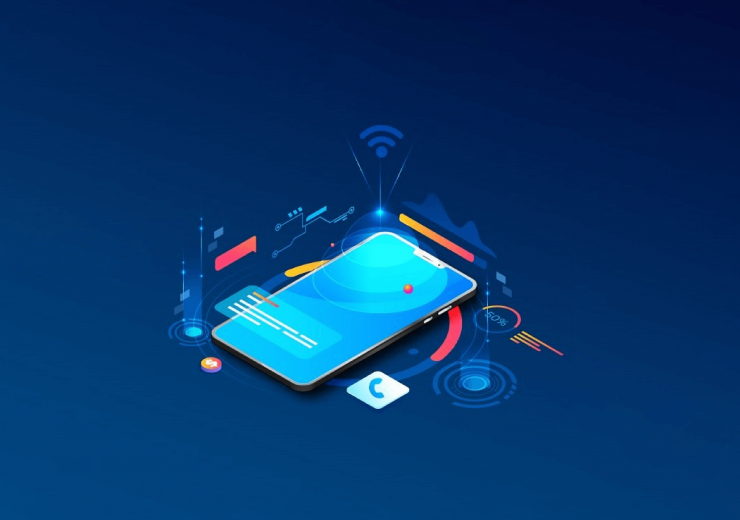 Developing a mobile application is just the first step in building the modern tech... 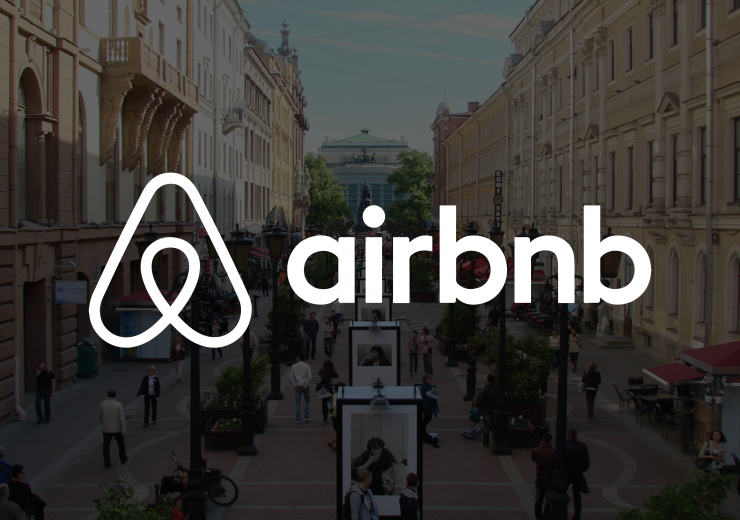