Why Ethereum Smart Contract Is Important For Blockchain Marketplace

Since the arrival of Ethereum in the blockchain world in 2015, Vitalik Buterin, who is a Canadian-Russian developer, has created new decentralized apps (dApps). Ethereum’s success, on the other hand, can be due in large part to the use of smart contracts. Many people believe smart contracts are a brand-new concept that originated with Ethereum Blockchain Network. Smart contracts, on the other hand, date back to 1996, when software engineer Nick Szabo developed the term and defined them as the “These new contracts are dubbed “smart” because they are significantly more helpful than their paper-based predecessors”. Artificial intelligence is not mentioned here. A smart framework is a contract of digital promises and the protocols through which the parties carry out these promises. His work influenced other researchers, including Vitalik Buterin, who created Ethereum. Before diving into the construction and deployment of an Ethereum smart contract, it’s critical first to grasp the Ethereum platform or how it functions.

What Is A Smart Contract?

Smart Contracts are the entity framework or mechanism by which all Blockchain transactions are carried out. The smart contract’s primary goal is to fulfill basic contractual requirements, such as establishing its own Ethereum coin. We’ll need to create smart contracts that will handle all our token computations. It’s a standalone Solidity script converted into JSON and published to a specific blockchain address. We can activate deployed smart contracts like a particular address by inputting accurate data with Ethereum to call the built and deployed Solidity function. We can contact URL endpoints of a RESTful API to perform some logic using an HTTP Request. Smart contracts are distributed to the decentralized database for a price proportionate to the storage capacity of the enclosing code. It may be characterized as a collection of code recorded in the blockchain network that defines requirements that all contract participants must agree to.

When a criterion is fulfilled, the contract is immediately fulfilled. Even though smart contracts are automated & online, there is no documentation to deal with, and no time lost fixing errors that may arise when filling out paperwork by hand.

Because blockchain transaction data are encrypted, they are challenging to hack. Furthermore, because each entry on a public ledger is connected to the entries before and after it, hackers would have to change the entire network to change a single document. You can hire our expert developers for end-to-end security and also read about the Top 7 Blockchain Frameworks to Build Your App in 2022.

Because there is no third party involved and encrypted transaction records are distributed among participants, there is no need to be concerned about information being altered for personal advantage.

Smart contracts reduce the need for intermediaries to perform transactions, as well as the associated expenses.

Ethereum is a Blockchain-based platform that can use to build decentralized applications. On blockchain networks, smart contracts can form and manage. Ethereum is currently one of the few blockchain networks capable of running any program, allowing it to run any application. The Ethereum Blockchain is a fictitious distributed infrastructure that enables smart contracts to function.

You can use Ethereum to generate a marketable token used as a national currency. Tokens developed on the Ethereum platform employ a standard currency API that allows them to be used with the Ethereum blockchain wallet.

Ethereum smart contracts may also be used to raise funds. You can create a smart contract and just a deadline with Ethereum. If you don’t meet your target, all funds will instantly be refunded to contributors, with no questions or fees charged.

(a) Virtual Machine for Ethereum (EVM)

The goal of EVM is to provide an execution environment for Ethereum smart contracts. Consider it a global computer that oversees the execution of all smart contracts. Ethereum Virtual Machine (EVM) is a virtual machine, not a physical one, as the name implies. EVM’s capabilities are limited to virtual machines; it cannot, for example, conduct delayed internet calls or generate random numbers. As a result, it is classified as a simple state system. It is not extravagant to inscribe programs in assemblage dialectal.

Solidity is an Ethereum-based smart contract programming language. It is akin to an object-oriented programmer that employs classes and methods, and it was built on top of the EVM. It can execute arbitrary calculations; however, it is mainly used to transmit information tokens and maintain states. Solidity’s syntax is heavily inspired by C++, Python, & JavaScript, allowing developers to grasp its syntax readily. To efficiently build an Ethereum Smart Contract, it is best to have a thorough grasp of the Solidity programming language.

Gas is a measuring unit inside the EVM (Ethereum Virtual Machine) used to apply fees to each smart contract transaction. Each computation in the EVM necessitates a certain quantity of gas. The smart contracts take more gas to run, and the more complicated the calculation is – Transaction fee = Total gas use gas price.

Building A Blockchain Marketplace From The Scratch

Building a blockchain marketplace from the ground up is significantly more difficult. To make your development more accessible, I propose creating the market as an Ethereum Distributed App (DApp). This may be done with the famous Ethereum blockchain technology. You’ll need an Ethereum account as well as a wallet. Then you’ll need to learn how to program digital smart contracts. After that, you may develop a DApp that uses the smart contracts you just established.
For this DApp, you will be able to activate Ether (ETH), Ethereum’s native coin. Visit the “State of the DApps” webpage to see some instances of Ethereum DApps. This strategy is recommended since it allows you to quickly construct your ‘minimum viable product’ (MVP). There’s no need to start from scratch with a new network, blockchain, coin, or wallet.

Below we have outlined the steps that can impact the overall

MetaMask Allows You to Create A Wallet

Install MetaMask and enable it in your Chrome browser. After it has been installed, go to the top right corner of the web page, and click on the symbol. It will open a new window tab of the computer when you click on it. Click “Create Wallet” and agree to terms and regulations by clicking “I agree.” You’ll be told to make a password. It will email you a unique backup phrase to use for storing and maintaining the account when you establish a password. This sentence might altogether remove your Ethers if you reveal it or discuss it with someone. You must either copy this phrase down on a particular piece of paper or put it on an external encrypted hard disk drive where nobody will be able to access it. Next, make sure you’re connected to the “Main Ethereum Network.” You’ve arrived at the proper area if you see a checkbox next to “Main Ethereum Network.” This will convert eth to sol metamask.

Choose One Of The Test Networks

The following test systems may also be found in the MetaMask wallet as the metamask shows test networks. The below networks are purely for testing; the ethers on these networks have no actual value.

Fill Your Wallet With Fake Ethers

You’ll need some fake compound in the MetaMask wallet if you wish to execute the smart contract. If you want to test a contract on the Robsten network system, choose it, and your account will credit with 0 ETH. Click the “Deposit” and “Get Ether” options under Test Faucet to add fake ethers. Click “request one Ethereum from the faucet” to proceed, and 1 ETH will be added to the wallet. You may add as many Ethers to the test network as you wish. You may start developing smart contracts on the Synthesis Browser IDE in the wallet after the fake ethers have been inserted.

Write The Smart Contract In Solidity, Use The Editor Remix.

To develop the Solidity code, we’ll utilize the Remix Browser IDE. The remix is the ideal option for building smart contracts because it comes with several features and provides a complete development experience. It’s typically used to draft minor contracts. The following are some of the features of Remix:
Gas prices, dangerous code, tests for duplicate variable names, and whether functions may be constant or not are all examples of warnings.

Make A File With the. Sol Extension

To generate a .sol extension file, open Remix Chrome and click the add button on the upper left side, adjacent to the browser.

To produce ERC20 tokens, here’s an example of a smart contract code. ERC20 tokens have a standard template called sol. A typical template for ERC20 coins is sol. Choose a Remix compiler version to build the solidity Ethereum platform contract code as these are tradeable contracts not for now.

Three Steps To Know How To Test Ethereum Smart Contracts?

Try to perform all your smart contract methods, such as transfers, total supply, and balance, at the same time.
These methods are located directly in the remix window, and you can use them to conduct all the operations.

Below is your smart contract workflow in a systematic detail.

Do You Want To Create A Blockchain Marketplace?

With the introduction of smart contracts, blockchain technology has grown even more popular. It has sparked a surge in interest in blockchain technology and significantly influenced cryptocurrencies that include smart contract functionality. Smart contracts, in technical terms, are programmed contracts or protocols that may self-execute and enforce themselves without an intermediary.
You can also hire our expert developers to build and develop ethereum smart contract projects and they will further guide you on how you get ether as well. The mainstream development and use of smart contracts have risen dramatically due to the rising use of distributed ledgers. Several cryptocurrencies are leading the smart contract war, but only the best will be able to eliminate extra complications and technological defects to keep the operations running.
This article provides you with a detailed explanation of creating a decentralized online marketplace app. Blockchain, on the other hand, is a relatively new technology. Successfully using blockchain technology and developing DApps necessitates a unique set of skills. 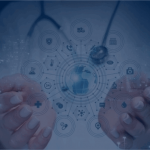 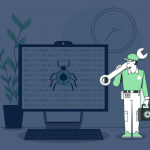 10 Best Apps To Sell Your Stuff – Apps Like OfferUp

In today’s blog the aim is to discuss some of the amazing selling and buying apps Like...

Ordinarily, ideas are always generated in an entrepreneurial mind. However, despite...