Python, the most widely used language, has been used to build anything from Netflix’s recommendation system to self-driving vehicle software. Python is a general-purpose programming language, which means it can be used for various tasks such as data research, apps and web development, automation, and just getting stuff done in general.

Why Is Python So Popular?

Python is likely known even to folks who are inexperienced with coding. Python has risen from a hobbyist process titled after a British surreal comedy company to become one of the world’s top coding languages in three decades. According to the Stack Overflow Developer Survey for 2021, over 68 percent of software developers who’ve already previously worked with Python have stated an interest in continuing to develop using Python. According to the same poll, Python is the most desired coding language among those who do not presently use it. Python’s appeal is undeniable. And based on present patterns, it will undoubtedly be in great demand for many years.

When Was Python Created?

Guido Van Rossum created Python, which is the most well-known programming language. Python is technologically advanced because of its simple syntax and beginner-friendly programming. Learning Python may be advantageous for people who are new to the programming field. They may use Python Programming Training, videos, blogs, modules, & dozens of other sources to learn everything there is to know about this popular language.

In 1991, the language was eventually launched. When it was published, it had plenty of capabilities to offer inheritance, numerous fundamental data types, exception handling, and functions. Compared to Java, C++, and C, it utilized far fewer codes to describe concepts when first published. Its core idea was also excellent. The basic purpose of Python is to improve developer productivity and code readability.

Why is Python the best choice? What about Python tickles the attention of both new and seasoned developers? We’ll look at nine factors that have helped make Python the most popular programming language globally.

What is the Python purpose? Python is usually mentioned as a several-purpose programming language. This means that, unlike domain-specific languages, Python can be used to create practically any form of application in any sector or subject. Web development, data engineering, machine learning, data analytics, data science, and even AI, and machine learning has benefited from Python. Python is used by many leading corporations and software organizations, including Google, Facebook, Instagram, Netflix, and others. Python can handle virtually any coding task thanks to various frameworks and packages.

One of the greatest challenges for individuals interested in learning to code is that languages are distinct from other languages. They get their own rules, grammatical structures, and syntax
and frequently require learning an entirely new vocabulary. However, Python is an exception. More than almost any other coding, Python reads and writes like regular English. It features a simpler syntax and a focus on natural language, making it easier for newcomers to learn. Python is frequently the first option language for novice developers since it is free and has a vast ecosystem of tools and packages. These and other criteria all conclude that Python is the best option.

Although Python is suitable for a wide range of development tasks, its use in web development deserves special attention. Python programmers may quickly get their web apps up and running using open-source libraries. While other programming languages, like Java or.NET, may give a faster performance, Python’s speed and developer expertise make it easy for those who want a rapid and reliable solution. Simultaneously, Python’s wide range of resources provides a unique chance to include different applications in websites.

No developer is isolated; they rely on crucial documentation and help so that they may obtain solutions when they run into unforeseen challenges or new problems to address. Python has been there for nearly three decades, giving it plenty of time to develop a loyal user base. The Python community welcomes programmers of all skill levels and makes documentation, tutorials, guides, and other resources readily available. On the other hand, the Python language is active. When developers are pressed for time and need assistance, they may collaborate with the public to collate quick and effective solutions.

(5) Has A Powerful Language For Data Science & Analytics

Many of the same characteristics that make Python appealing to novices make it a solid choice for data science and analysis. Python is a vital tool for anyone working with computer science, cloud computing, & big data because of its simplicity of use, stability, and versatility. Python is also helpful for evaluating and organizing big data sets. Python is only second behind R in terms of popularity for data science & analytics applications. Python’s built-in data analysis skills and a wide variety of data-focused frameworks guarantee that it is a widely used data programming language.

(6) Liked For Being Fast, Efficient, & Reliable

A developer specializing in multiple programming languages may infrequently find out, “Why is Python so slow?”. Python can sometimes be a little slower to implement than other programming languages like JavaScript, Go, Java, C++, or C#. However, development time is far more significant than machine run time in today’s reality. In regards to time, Python cannot be beaten. Python is also quick and trustworthy, allowing programmers to quickly create complicated applications. Coding tasks are simple to complete instead of time-consuming, and the outcomes may compete with programs written in more challenging languages.

When programming advanced software, a large amount of code is usually required. Unfortunately, even modest, uncomplicated actions may take a lot of time throughout the development process. Python has tools and extensions to assist developers in automating these time-consuming, repetitive operations so they may focus on more essential topics. When dealing with other computer languages, developers frequently use Python to create automation scripts. Python is becoming an automated standard across sectors thanks to its plugin library.

(8) Is Frequently Utilized In IoT

The IoT continues to expand as wireless connection becomes increasingly widespread. These tiny, internet-connected gadgets frequently allow users to make minor changes to their programming, allowing them to tailor their performance to meet specific requirements. Users are learning that a functional comprehension of Python may be required to utilize the ever-expanding IoT as more items become internet-connected entirely.

Python has become the go-to programming language in schools, universities, and other places of learning due to its rising reliability in data science domains. Schools are assuring that Python remains a viable and popular choice for years by teaching the next generation of software developers how to get the most out of it. People who seek formal training in computer science are far more likely to be exposed to Python throughout their studies and much more likely to use Python throughout their careers.

Which Companies Use Python?

Here are some of the topnotch companies using python, these are:

Can You Use Python For Web Development?

To begin, what is web development? Web development may be defined as a method of generating, constructing, and maintaining websites, despite its ambiguous definition. A front-end and a back-end are typically used in web development. Python is used as a back-end language in web development, and it is generally paired with another front-end language (commonly JavaScript) to create a complete website. Adopting Python in website development is simple and clear: it is a flexible, versatile, and highly efficient programming language with dynamic typing features. Python helps programmers construct scientific programs, graphics-enabled system applications, games, command-line tools, web apps, and many other things.

Python is a scripting language that is general-purpose, high-level, and interpreted. It also includes an approach to object-oriented programming. Python’s filename extensions include.py, pyc, pyw, pyd, &. pyz, among others.

What Is A Scripting Language?

The scripting language is used to perform repetitive tasks. It contains the same stages when putting the method or program into action. It saves time while also lowering expenses. Scripting languages are inferred despite being compiled programming languages. Perl, JavaScript, Visual Basic, Unix Shell Scripts, Python, ECMAScript, & Bash are examples of scripting languages.

The characteristics of the programming language are listed below.

Why Use Python For Development?

It’s commonly regarded as the most adaptable language, with applications in various fields. It also helps you concentrate on the application’s primary functionality rather than small features. This saves cost and improves the project’s overall attractiveness. At the same time, the programming language is understandable, and the program is maintained. It also makes complicated applications easier to build with a very flexible language. The engaged syntactic rules allow developers to take advantage of

Python’s basic capabilities without completely grasping the language.
After Swift, it’s one of the developers’ most sought-after skill sets. It’s the most in-demand programming language and one of the most valuable skill sets. Developers want to know more about the languages since it gives them greater control over a project. They may concentrate on other details and the primary project when they control Python.

What Can Python Be Used For?

Python is undoubtedly a trendy and in-demand skill. However, there are thousands of reasons why python programming is so popular in various industries. We’ve previously touched on a few of the areas where it may be used, and we’ve focused on these and other Python examples further below. Python is useful for:

Need Help With Python Projects In The Start?

So, if you’ve ever wondered what to do with Python or who uses it, we’ve provided you with lots of examples. But what if you’re just getting started with Python and want to work as a Python developer? We’ve included some basic Python project ideas below. These can help you learn more about the programming language and put your skills to the test:

Each of them can engage you and help you improve the abilities you’ve previously gained once you’ve learned the basics of Python. Furthermore, if that’s not all – you gain hands-on experience with our experts at Clustox – Visit our website to apply for various positions. Or better yet, call us to discuss your options.

Python – The New Orange In Our Concluding Thoughts

The most significant priority for a developer is to choose the most effective tool for achieving the desired outcome. Nowadays, Python is a widely-used programming language and this accomplishes the topic of Python programming applications. All the developer needs to do now is install the application and start coding. The programming language offers several features for developing high-performance applications. As you can see, this widely used language has a diverse set of libraries and a robust support network. There are various compelling reasons to start studying Python. It’s a future-proof and in-demand skill set required in a wide range of sectors. Many sources are available of Python courses that will assist you in learning the basics or developing more specific skills. Also, don’t forget to read our topical post converging on the 11 programming languages defining the future of coding. 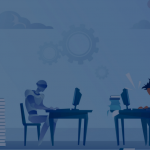 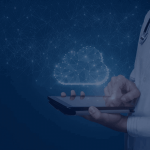 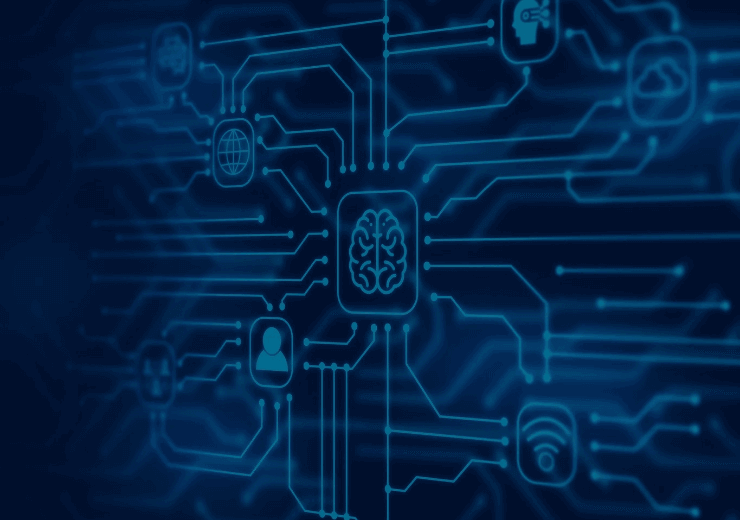 Evolving software that depletes artificial intelligence (AI) may be startling, and... 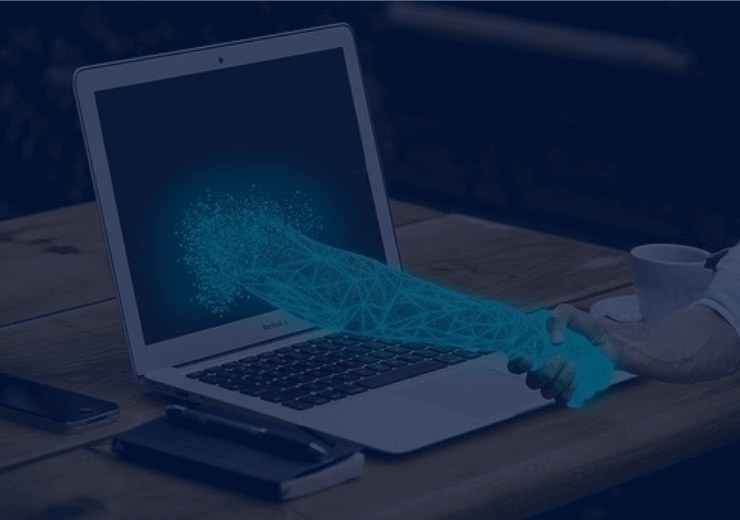 Why CEOs & CTOs Prefer to Hire Dedicated Development Team in 2023

With the advancement in technology, the need for developing high-end software...