React.js VS React Native – Differences, Pros, And Cons Of Both The Platforms

React is one of the most widely used JavaScript libraries for web development. Large IT businesses throughout the world, like Instagram, Facebook, Netflix, and others, use it. React Native is a React-based framework for developing cross-platform mobile apps. The two most popular technologies in the app development market are React.js and React Native. Both of these programs have identical names. These were created by Facebook, and have retained large followings since their inception. Many people in the ecosystem, however, are still confused about the distinctions between React.js VS React Native. Thus, let’s talk about both so you can clear the said confusion, and choose the best based on your requirements.

Notable Differences And How To Choose The Best

The difference between the two is obvious: one is a web framework, while the other is a mobile framework. But how are they distinct aside from that? In this post, I’ll provide you with a high-level overview of the business benefits and limits of both platforms, as well as the major distinctions to consider when deciding between React.js and React Native.

Connect With Our Expert React.js Developers To kickstart Your Next Project!

React.js is a JS framework that allows you to create web apps that alter their state without having to refresh the page. It’s ideal for creating sophisticated user interfaces with a lot of dynamic information that changes when users interact with different page components. A React-powered program can render on both the server and client sides as needed, which is one of its primary benefits. React gained popularity because developers devised a technique to make server-side rendering easier. This method aids in the development of high-performance, well-optimized apps.

Here are some of the noteworthy pros of React.JS.

The ability to reuse components is one of React.js’ most noticeable features. Developers do not have to write distinct programs for similar app components when they use reused codes. This allows for more rapid development at a cheaper cost. Furthermore, React.js’ component-based architecture removes the need for constant debugging. If you change one component of the app, it does not affect the others. As a result, React.js saves a lot of time when it comes to testing and troubleshooting.

High Performance Because Of Virtual DOM

When you only get data from the server, you’ll need more than just HTML. React.js generates HTML using JavaScript. The benefits of this method outweigh the negatives by a large margin. Developers may utilize JavaScript to build HTML thanks to React.js’ significant front-end development features. To render HTML realistically, React.js employs the tree reconciliation process. This method speeds up the web application since it eliminates the need to repeatedly update all of the DOM items.

One-way data binding is used in React.js to ensure that changes made in the child components do not affect the parent components. As a result, each component is self-contained. Smaller changes just need data model modifications, not the complete state. When a new edit is added, this leaves a large portion of the program untouched. As a result, React.js apps are far easier to maintain due to their extremely stable code.

Below we have listed the cons of React.JS – these are:

External libraries can let developers utilize CSS and HTML to the core and construct it into JSX, but they come with their own set of complications. Even though React.js supports a slew of third-party and external libraries, the days of native React.js libraries are numbered. Because the learning curve for React.js gets steeper, it becomes increasingly difficult to comprehend the intricacies of CSS and HTML.

One of Reactjs’ significant flaws is that it becomes essential to disable undesired react-enabled libraries, which increases the cost and time overheads. For example, to leverage the Carbon framework for UI experience, the developer must first download Carbon components using React.

Sites Built Along The Line Of React.js

Below you’ll find the list of some of the famous, and top-notch sites that are built using React.js.  these are:

Do you want to build a Zendesk or Paypal clone? No need to look any further. Call us today to schedule your free consultation.

React Native is a React. js-based framework for developing cross-platform mobile apps. It’s a product developed by Facebook engineers and released to the public in 2015. Programmers that are familiar with JavaScript and React’s syntax may quickly learn the framework and create Android and iOS apps without the need for different development teams. In this React Native overview, it’s important to remember that an application is made up of two major components: a JS core and a native portion that operate in parallel.

Underneath we have itemized some of the pros of react-native, these are:

Using Javascript As A Scripting Language

The developers don’t have to worry about building the code for the browser because of the sophisticated Javascript V8 Engine. Furthermore, because Javascript is a basic programming language, it has a low learning curve and is straightforward to use. One of the most widely used scripting languages is Javascript. As a result, even if the developers run into problems when working with it, they may seek help from the huge developer community.

You Get A Cost-effective MVP With React Native

As a cross-platform app development framework, React Native’s code reusability is one of its most essential characteristics. As a result, if you design your MVP with React Native, you’ll save a lot of time because engineers won’t have to write different code for iOS and Android. Because there is just one code base for both platforms, not only does it save time, but it also saves money on app maintenance.

Our experts have outlined some of the cons of the React-Native below. These are:

Since React Native has limited native libraries, it might be difficult to run the app in case of heavy functionalities. For making more complex calculations simultaneously, Java, Objective-C, and Swift are preferred over React Native.

Despite being utilized by major IT companies, React Native is still in beta. Various debugging and compatibility difficulties may be encountered by the developers. As a result, if the developers are not experienced with React Native, the whole development process would be hampered because time will be lost debugging.

Hire our expert developers to build any kind of complex app or web-based app. We’re here to talk with you.

A lot of development is going on in the mobile app domain with each passing year. People find it easy to move along with certain apps that they can count on for usage. And, React native hasn’t disappointed anyone for building such lavish apps. Here are some of the famous apps built with React Native, these are:

We build apps for your chosen platforms, let it be iOS or Android!

The Clash Of The Titans

React.js vs React Native is nothing but the clash of the titans as they are the leading frameworks of the tech world. Here are a few of the key differences between both.

The Conclusion To Selecting React.js vs React Native

Above we have mentioned everything that can be added to the pros, cons, differences of both of these frameworks. The only thing left unanswered is what to choose: React.js or React Native? Which is far better and can also be the best for any kind of development? Here you need to understand that React.js and React Native are crucial points when it comes to any kind of web-based or app-based development. Furthermore, they are flexible in functionalities, and they both are on the verge of high demand due to this with every passing day. Nevertheless, despite the increase in demand, you should also know that no matter what technology, framework, or platform you select will always have some shortcomings, highs-and-lows, and particular sets of merits. Let’s just say that React native is perfect for building native apps. Whereas, developers like to use React.js when they have to build complex and high functioning applications.

Get In Touch With A React Native Developer At Clustox

One Over The Other Contemplation?

With all the highs and lows of technology, we are bound to see tech folk experimenting with one or the other to see what’s the outcome. One more question that may arise is that can developers possibly reprocess Reactjs code in React Native? The response to this is, indeed it is probable as React Native underneath a prospect customizes the equivalent codes which are wrought for the web. Therefore, it is worthwhile for the concerned to do a systematic study and map the aces and rip-offs of the framework they are eager to use in the impending. As soon as they see what they can suppose from the framework, they will be able to set their significance appropriately.

Where To Hire React.js Or React Native Developers?

Every software development company is offering you both sets of developers based on their expertise. Thus, you simply need to understand and discuss your project requirements. Selecting any one of the two frameworks hangs on to the skills of the developers in programming. React.js is a JS framework that lets you create web apps that change their state without having to refresh the page. It’s ideal for forming urbane user interfaces with a lot of dynamic information that modifies when users interact with different page components.

Whereas, when it comes to React Native – You need to know that it is a React. js-based framework for developing cross-platform mobile apps. It’s a product developed by Facebook engineers and released to the public. Programmers that are acquainted with JavaScript and React’s syntax may quickly study the framework and build Android and iOS apps without the need for different development teams. The innovative blend of expert teams at Clustox is capable of building on both of these frameworks. Our expert developers build high-end performance solutions leveraging our practice-specific methodologies merged with engineering fineness to deliver an end-to-end customer experience. Please email us your queries, and let us build something unique together! Call us to schedule your free-of-cost consultation. 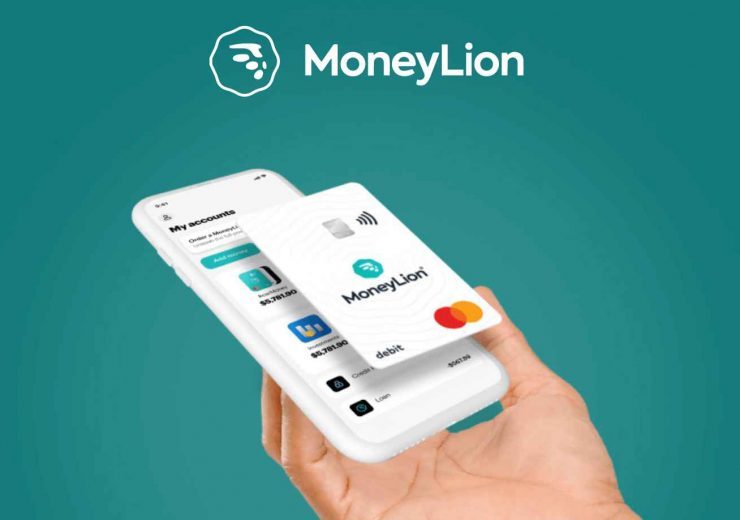 Why Is MoneyLion The Best Cash Advance App In 2022?

If you’re living a life full of paycheck (as most of us are) and struggling with... 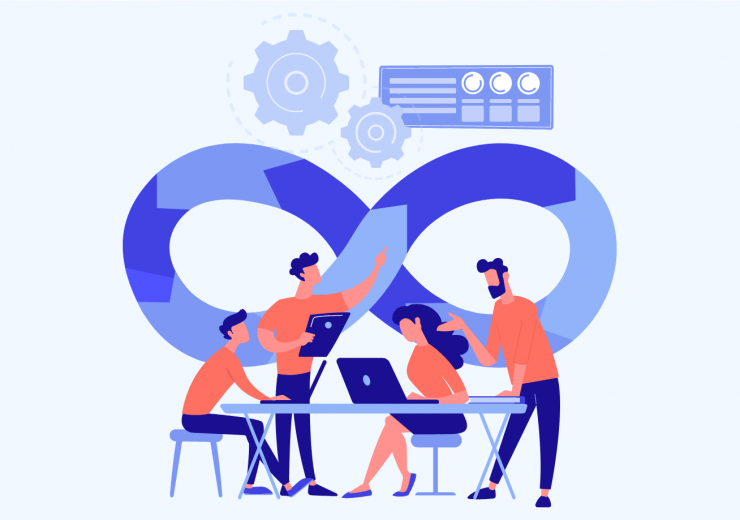 Similar posts
Table of contents
Notable Differences And How To Choose The Best
React.js
1.2Cons Of React.js
React Native
One Over The Other Contemplation?
Where To Hire React.js Or React Native Developers?