Software bugs & flaws are common. 84% of software thefts make use of application-level flaws. The frequency of software-related issues is a major driver for using AST (application security testing) technologies. With an increasingly wide variety of AST tools available, IT executives, programmers, and technicians could find it challenging to determine which technologies solve which vulnerabilities. This blog, the first in a program on app security testing apparatuses, will help you steer the sea of possibilities by categorizing the numerous types of AST platforms. Furthermore, we will study the apparatuses and provide advice on how and when to use every tool. A variety of innovative ways have emerged due to software development growth and innovation. Agile, DevOps, and other methodologies are the new standard for software development. As the profession of programming expands, the significance developers place on the testing process varies significantly across different types of software planning processes.

Despite recent incidents demonstrating the need for application security testing in software development, it is frequently disregarded, causing defects to go unnoticed and leaving firms vulnerable to assaults. The fact that many firms are still oblivious to the need for security testing is concerning, especially given that the top 606 flaws alone have caused € 1.6 trillion in financial damage! Application security testing is finding security faults and flaws in code to make apps more robust to security attacks (AST). It evaluates security functions such as integrity, confidentiality, availability, authentication, access, and non-repudiation. Because of the increasing modularity of codebases, the enormous range of open-source components, and the many software vulnerabilities and attack paths, AST began as a manual procedure but has now evolved into an automated one. Most businesses currently utilize a combination of application security assessments.

The Collection Of Best Practices

Instead of a single technology, application security is a collection of best practices and functions. It indicates the concept of an organization’s software to avoid and remediate threats from cyber-attacks, data leaks, and other sources. Desktop application security testing is a type of software testing that checks the program’s functionality, usability, security, & reliability after it has been launched. To completely cover the app’s testing needs, you must pay particular attention to installing and uninstalling desktop app testing tests. A corporation can use a range of application security services, programs, and devices, to mention a few. Illegal activities can be kept at bay by employing firewalls, antivirus software, and data encryption. If a corporation wants to anticipate sensitive data sets, it can learn about software testing vs security testing and then develop specific application security procedures for such resources.

You can also read a lot of detail in our latest piece focused on – 4 Functional Programming Upgrades For App Development Teams. However, security testing is classified into five categories as stated below:

Aimed at Vulnerability scanning, which is often driven by automated technologies, is used to uncover typical vulnerabilities, such as SQL injection flaws, unsafe server settings, etc.

Penetration testing simulates a cyber-attack to uncover potential security flaws in an application. This sort of testing is often performed manually by a trained cyber security professional to examine software’s resilience to cyber-attacks in real time.

Security scanning aims to detect all possible security vulnerabilities in an application. These vulnerabilities are then recorded. They’re also studied to regulate their ultimate bases. Both manual and automatic scanners can be employed for this form of security checking.

Ethical hacking encompasses far more than penetration testing. Cybersecurity specialists aim to hack an app to uncover flaws before a genuine hacker can find & attack them by combining many forms of security testing.

App security testing might have avoided several of last year’s major app hacks. The programs manage and store vital company data and customer information, which are typically the major targets of data breaches. Data privacy and security must be part of any application security plan. A data breach leads critical clients to lose trust and faith, tarnishing a company’s reputation over time. On the other hand, administering appropriate Application security processes and data privacy standards helps boost brand equity by associating enterprises with solid data security protections. Most consumers are apprehensive about how systems handle their data. Customers can have confidence in the platform since robust data privacy requirements prevent them from data theft and card fraud. Adopting data protection legislation promotes a successful ethical code since the responsible data processing is considered basic ethical behavior. Regulatory bodies may levy sanctions for failing to safeguard sensitive customer data, such as the lack of income or business licenses.

Why Does Your Business Need AST?

Despite the importance of data center security in general, few businesses have very well application security policies to keep up with and are even one step ahead of hackers. According to research on application risks, 82 percent of an app’s flaws are in the coding, and each application has an aggregate of 22 flaws, 5 of which are deemed high risk. According to a study, 83% of all applications analyzed had at least one specific flaw (about 85,000). It also discovered a total of 10 million faults, indicating that most apps contain several security flaws. It’s bad enough that some security flaws exist, but it’s even worse when businesses don’t have the resources to protect security breaches from exploiting them. An app security resolution ought to be able to perceive patch liabilities quickly before they convert into an issue. They also must be effective to identify threats immediately.

What About Other Reasons?

Other reasons why businesses should consider security testing include:

1. It may assist your team to locate and fix security flaws before releasing your software to the public, allowing your team to identify dangers first before a hacker does.
2. When apps do not adhere to industry best practices, they become more susceptible. As a result, having a security-centric approach to its development from the beginning decreases its risks.

Although apps fuel nearly every element of a company’s activities, keeping them safe is critical. Some of the reasons why businesses must invest in security practices are as follows:

Reinforcement is usually, and a process monitoring strategy is the only approach to deal with persistent security threats. Most vulnerability scanning tools are aimed toward (IAST) or (DAST), which allow organizations to include security testing from the start of their DevOps cycle. As enterprise-free mobile app security testing tools and applications become more prominent, efforts are being made to build a centralized library with internal standards for encrypting, authentication, and cross-scripting issues.

DAST tools use a testing method of the black box. They run code and analyze it in real-time, discovering flaws that might be security vulnerabilities. This might involve problems with query strings, requests, and answers, the usage of scripts, memory leaks, cookie & session handling, identification, third-party element execution, data invasion, and DOM injection. DAST tools may be used to do wide-scale scans that simulate many unanticipated or harmful tests and report how the application responds.

MAST expertise fit in stationary, vigorous, and fact-finding analysis of material data stipulated by mobile apps. They may test for security flaws such as DAST, SAST, and IAST and mobile-specific concerns such as jailbreaking, rogue networks, and information leakage from smartphones.

IAST tools are the next step in evolving SAST & DAST tools, integrating the two techniques to identify a broader range of security flaws. IAST tools, like DAST tools, operate dynamic and inspect software while it is running. They are, however, launched from inside the app server, enabling them to analyze generated source code in the same way as IAST tools do. IAST tools may offer vital information about the fundamental cause of flaws and the exact lines of code impacted, making repairing considerably easier. They are suited for API testing and can evaluate source code, configuration, data flow, and third-party libraries.

DAST, SAST, and IAST developed into RASP tools. They can detect and mitigate cyberattacks by analyzing network applications and user activity in real-time. Like earlier generations of tools, RASP has access to application code and can assess flaws and vulnerabilities. It takes it further by detecting security flaws and offering operational security by canceling the connection or delivering an alarm. RASP technologies interact with applications and monitor traffic in real-time, allowing them to identify and alert about vulnerabilities and prevent assaults. With this level, including inspection and protection during runtime, SAST, DAST, and IAST become significantly less necessary, allowing security concerns to be detected and prevented without costly development effort.

SCA tools assist businesses in inventorying third-party open-source elements used in their software. Millions of third-party software security assessments in enterprise software may include security flaws. SCA supports defining which fundamentals and varieties are in usage. These also identify the most Spartan security vulnerabilities affecting those apparatuses, and shape the simplest method to fix them.

New organizational approaches emphasize the importance of incorporating security into all stages of the development lifecycle. AST tools are capable of:

Assist developers in understanding security risks and implementing security best practices during the development cycle.
Assist testers in identifying security concerns before the software is released to production.
Advanced technologies, such as RASP, can detect and prevent flaws in production source code, just like product security testing.

Web apps are the lifeblood of many businesses nowadays, so maintaining them secure protects corporate data and consumer data. While every AST solution has some upfront expenses, the long-term benefits exceed them. That is why it is critical to select the appropriate technology for you. Here are a handful ideas to think about when you reach your resolution:

If you do have the expertise, resources, and skill to create and maintain IAST, it may become a feature of the app itself, allowing for constant monitoring and eliminating the need to manage a DAST or SAST separately. However, keep in mind that these more complicated integrations may require more buy-in, and you must ensure that they will not harm performance.

Being Hands-on With Safety Is The Best Decision

It may limit exposure to flaws when discovered early on, reduce response time, and foster a security-conscious culture throughout your firm. Being proactive, on either hand, might increase stress, increase expenditures, and have a detrimental impact on various teams and applications. In the long term, any solution you select will provide enormous rewards in the form of higher-quality code, fewer issues, and sprints to repair them, and much more time to focus on feature development. Remaining active is non-navigable in a domain when the record is of significance and benign. Furthermore, you need to understand that dependable commodities may upbring or collapse an establishment. As a guideline, you always can start with a basic strategy (which we advocate) and build on it over time. This will help us learn as we go and avoid getting too far ahead of ourselves with something we can’t handle now with any services.

What Is Left To Ponder? Test Or Not To Test?

Effective application security testing techniques may distinguish you as a provider without uncertainty. Nowadays, many firms place a great value on their vendors’ degree of security. If you can demonstrate that you have a good application security program and that it is a top priority, you would have a better chance of acquiring new clients than enterprises that don’t. Application security is about creating better applications and code; it is about ensuring your clients that you have thoroughly tested special software. This might help you stand out and become a fantastic business driver. Our experts at Clustox suggest outsourcing your testing requirements so that you can easily focus on grander options and other aspects of your business. Whereas, expert automation or manual testers from the team can cater to various application testing needs. Call us or email us to book your slot for a free consultation and detailed discussion. 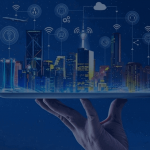 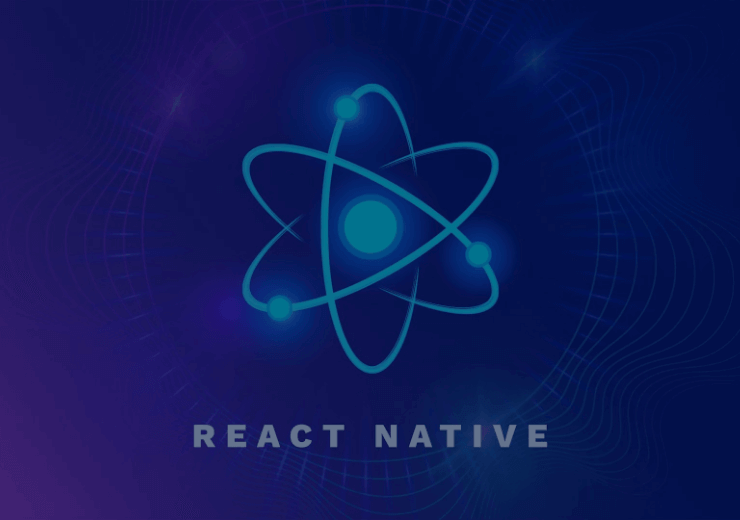 When To Choose React Native For Building A Mobile App?

React Native is a cross-stage structure that Facebook sent off in 2015. For building... 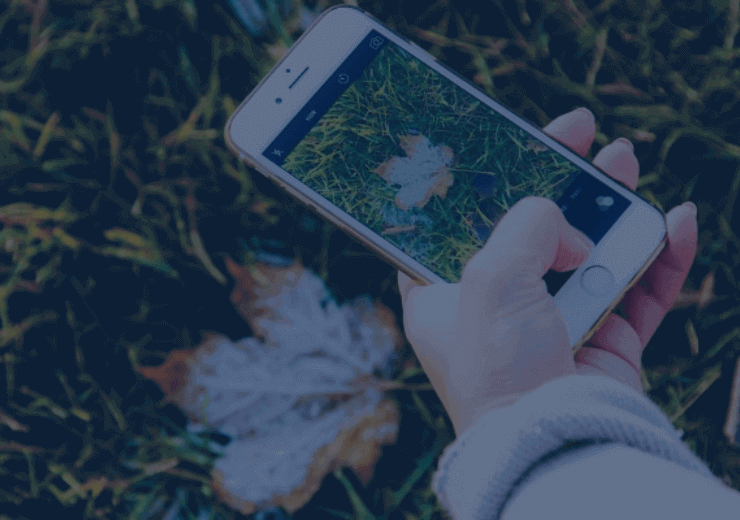 All plant enthusiasts are interested in identifying plants, whether they are...