Artificial intelligence (AI) has permeated nearly every digital realm for years. After playing a crucial part in many industries’ real-time problem-solving and digital communication, AI in-game creation is developing too.

AI’s significant influence has aided the growth of the mobile and console gaming industry. Look at the AI history in gaming. AI allows gamers to have more pleasure by addressing their needs and issues. AI also aids game developers in coming up with higher-value additions and modifications based on data-driven insights.

AI is giving developers and gamers alike an unprecedented number of possibilities in the gaming business, in addition to its primary duty of providing a fantastic gaming experience. To learn more about AI, you can also read our blog, AI and Biometrics, which includes in-depth details.

The Initiation Of AI In The Gaming Industry

For years, AI & Game Development have been working hand in hand. Whether racing, shooting, or strategy games, most video games utilize artificial intelligence to control opposing bots or neutrals.

Even the unclear figures who appear to be doing nothing are programmed to enhance the game’s depth and offer hints about what you should do next. However, AI and game development also develop together in many additional ways.

Although presently, AI utilizes to create video games come alive. Video games are now training to analyze their patterns to enhance their algorithms, one of several methods AI is improving. 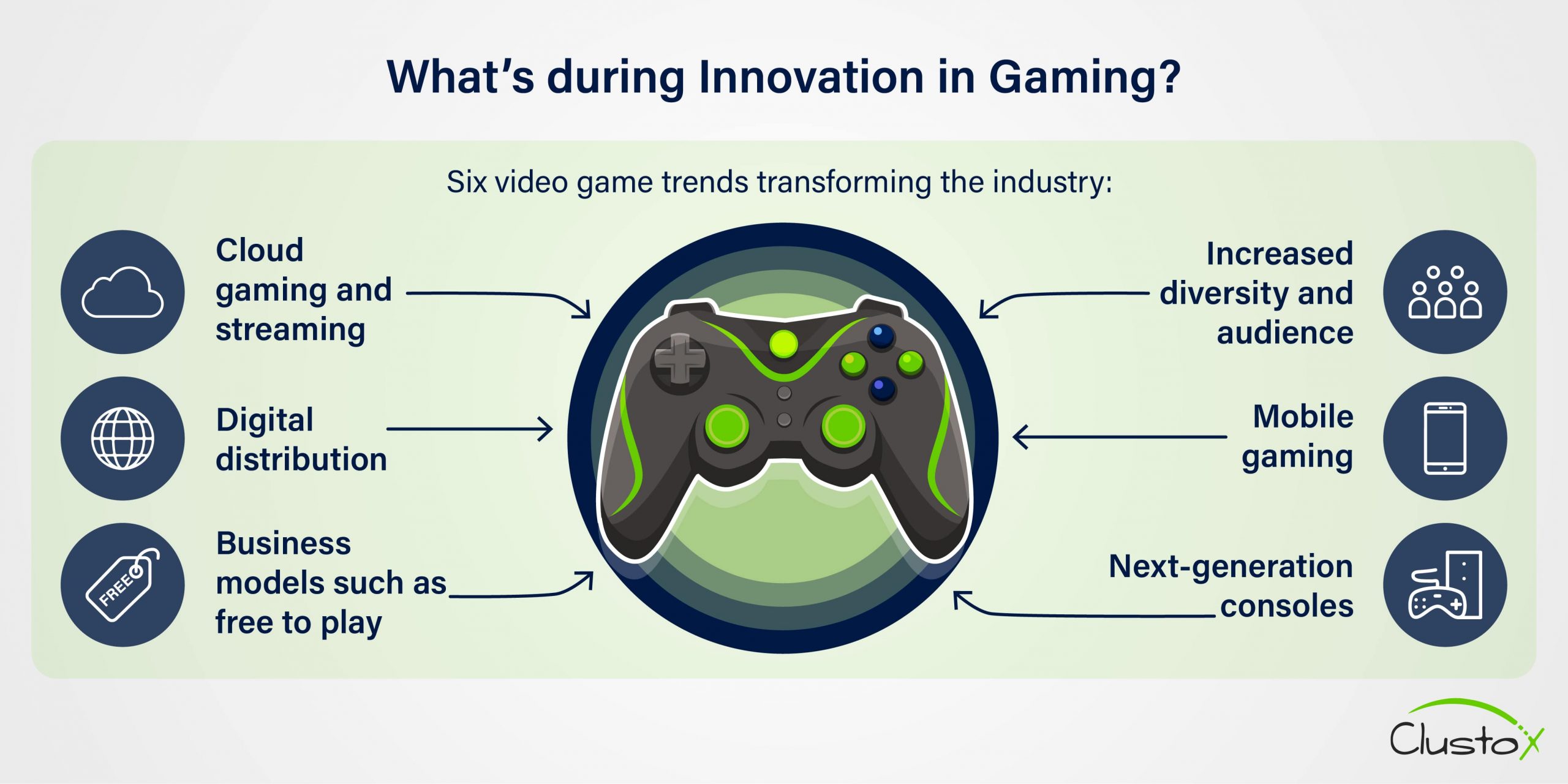 What Is AI (Artificial Intelligence)?

The artificial Intelligence definition is a bit more complex than that. It all depends on whom you ask. Someone who doesn’t have much knowledge of technology might compare it to robots. They’d say that Artificial Intelligence is a robot-like entity capable of acting and thinking independently.

Research shows that it’s a collection of algorithms that may generate results without requiring explicit direction. So, to summarize, the definition of artificial intelligence is:

How Was AI Introduced In The Gaming Market?

One such example of AI’s early application to games is the 1951 game NIM. Although artificial intellect was not as sophisticated then as it is now, it was still a masterpiece ahead of its time.

In the 1970s, there was a surge in video arcade games, and even though they varied greatly, they all featured AI systems. Speed Racing, Pursuit, Quack, and other popular titles are some of the most popular games from this period.

This was also when artificial intelligence became well-known. Games like Pac-Man and Maze-based games change at different levels. 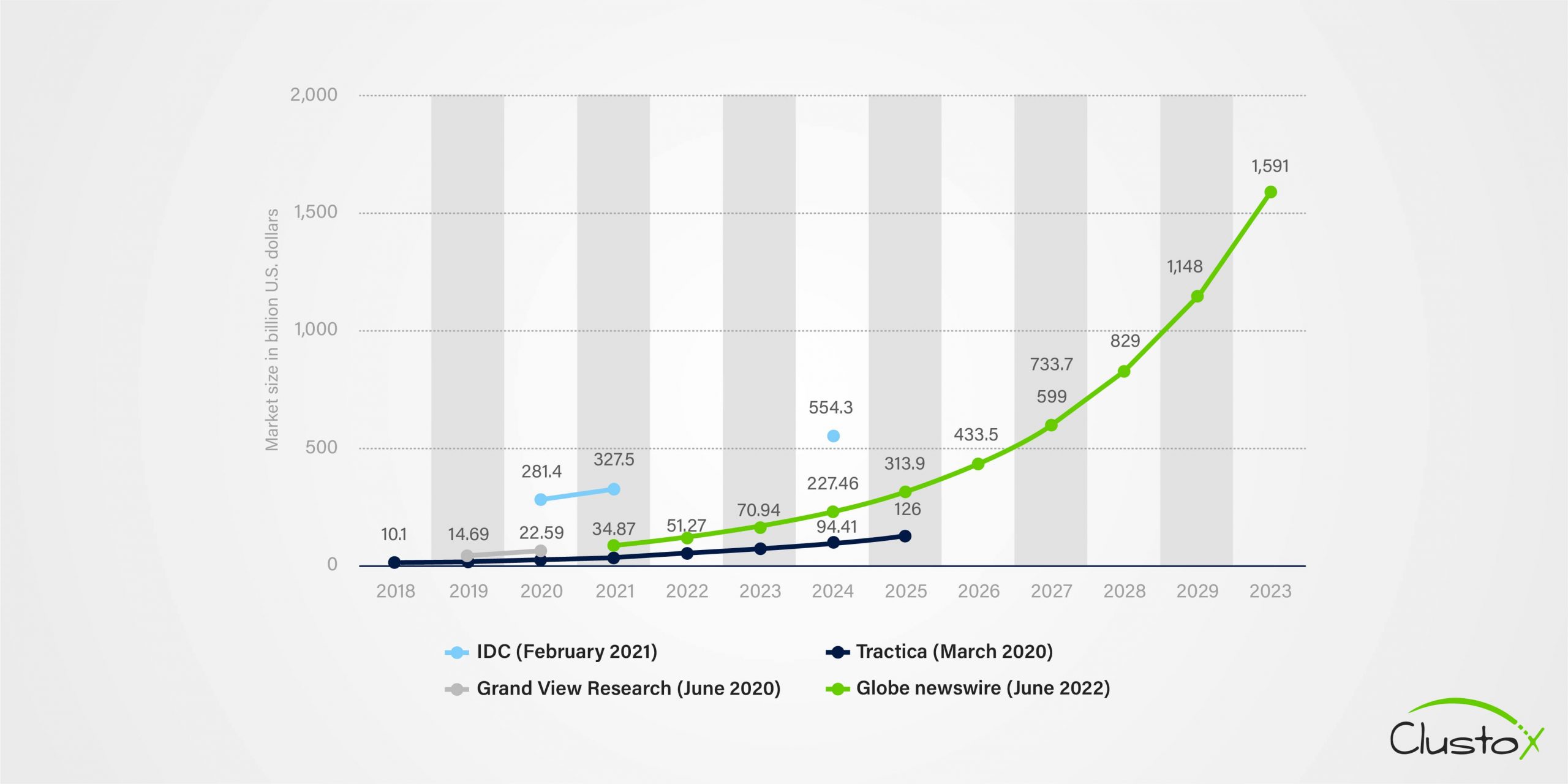 Of course, AI is constantly training to play games and learn how to counter the problems that exist in real life. AI has also played a big part in developing video games and making them more tailored to individual tastes.

Will it eventually eliminate human employment when people hear about this sort of technology? The answer is no. AI will not eliminate human work; instead, it will assist game developers in alleviating the stress associated with programming.

These tools do not contain coding, making game creators more accessible by removing the burden of dealing with codes.

In 2019, the gaming market was worth around 150 billion dollars. With advances in technology such as Artificial Intelligence, Augmented Reality, and Virtual Reality, the numbers project more than 250 billion by 2021-2022.

The concept of Artificial Intelligence will be the stepping stone and equally important component in the evolution of the gaming industry. Tencent, Sony, Electronic Arts, Google, Playtika, and Nintendo are among the key players leading on this front.

In addition, new competitors will emerge to specialize in creating games with sophisticated AI environments. The following are:

In today’s world, you may frequently read reviews about various games. Several distinctions may be found when looking at the differences between traditional game reviews and those produced in an AI environment.

A good AI-based game will tell you a lot about the game in-depth. The reviews may not reveal the actual game when created in the proper AI environment. However, every fault will be highlighted in a bad review.

This is why gaming designers must do an excellent job while developing their games. But what is the benefit of AI using benefits for game development?

AI Use In Games Development

While we’re on the subject, I’d like to discuss a little about artificial intelligence. AI is looking at new possibilities in the gaming sector beyond providing an intriguing gaming experience. As a result of this, AI (Artificial Intelligence) enhances the attractiveness of game players over time.

AI works based on readily available data stored within it and employs them to enable characters to perform live basic actions as per the scope and nature of games. This procedure is complex since artificial intelligence data creates a simulated gaming ambience with motives, situations, and activities in mind.

To make this feasible, plenty of readily available data for AI & Game Development algorithms are combined to ensure the best possible reactions to particular events. Artificial Intelligence is now used in different ways to lead the gaming industry on a high level into the future. 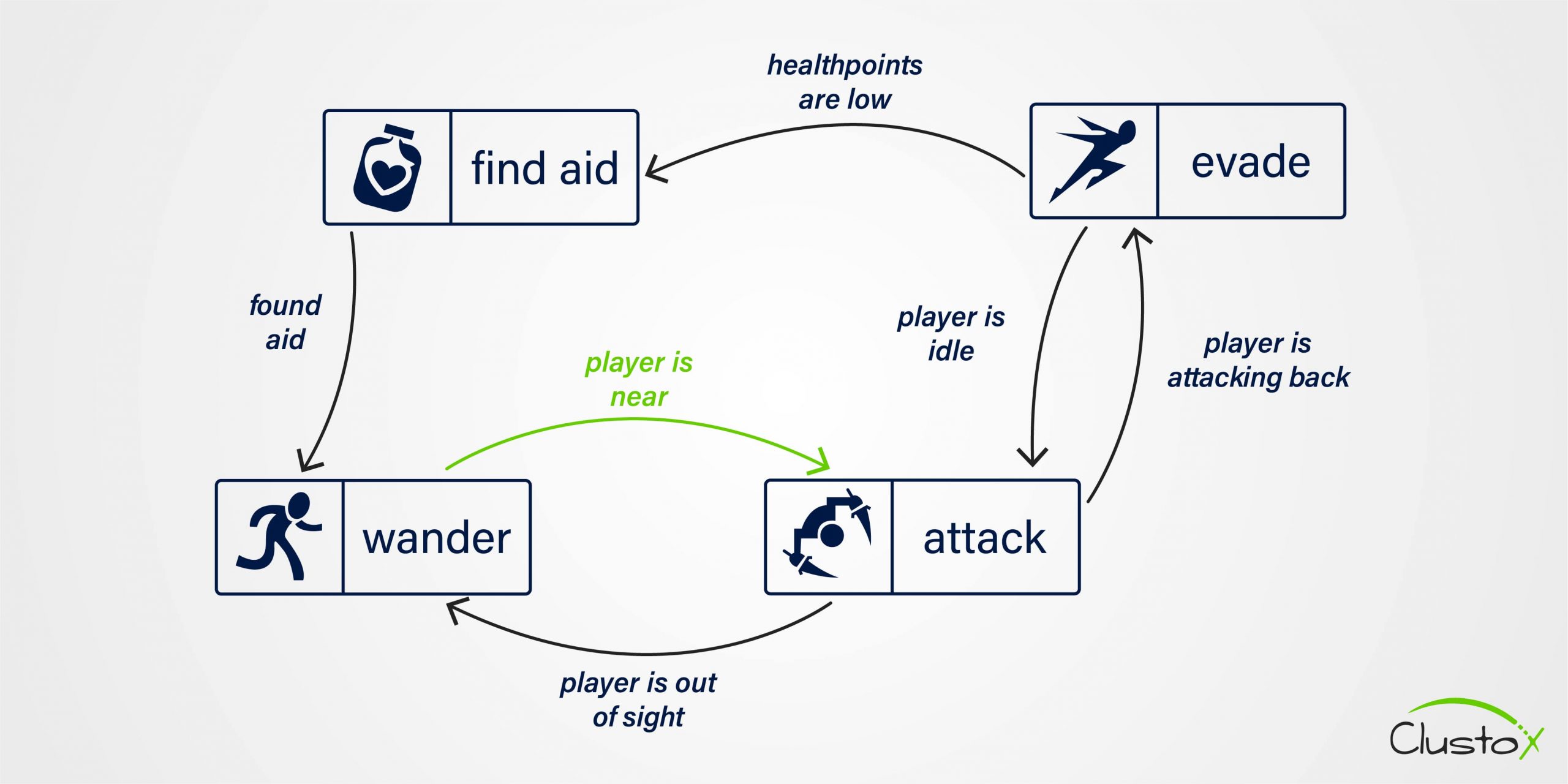 Modern game apps are now available. They’re faster than ever before and include the most cutting-edge games imaginable. Pathfinding is common in current games where AI determines the shortest route between two points using pathfinding.

This is the most essential component of most games nowadays. Mover characters of various sizes or forms can readily change to achieve goals. As a result, an AI-enabled program is created to find a safe route from the origin to the goal of avoiding obstructions.

Object Detection Based On AI

Object detection is the process of finding and identifying objects in a picture or scenario, accomplished by AI High-end games with the potential for computer and software systems that are already on the market that use object detection.

Making a believable human character in a 3D role-playing game is not easy. Today’s games are popular among users with animated figures with different faces, voices, and motions. The game designer uses an automated real-time deep learning approach to create 3D facial animations.

The approach works by training an AI system on a set of images and then generating animation based on the style of those images. AI and deep learning allow the creation of ever more lifelike video game characters that a player can easily control.

In many sophisticated games, finite-state machines are helpful for implementation. The ability to break down a game into smaller parts and then analyze it in greater detail is known as domain decomposition.

This method allows gaming developers to grasp the overall picture better, making changes and fine-tuning the end product. It’s ideal for utilizing AI in games, resulting in beautiful outcomes without the need for complicated code.

GAME Analytics can identify performance issues such as wall collision and terrain collision and essential problems in the game engine. Developers can quickly evaluate critical faults with AI-powered gaming analytics since they provide unique insights.

We’ve compiled a list of the top video games with the most significant AI (Artificial Intelligence). The game list is in no particular order. Here we present some of the best AI games with developer and platform information! 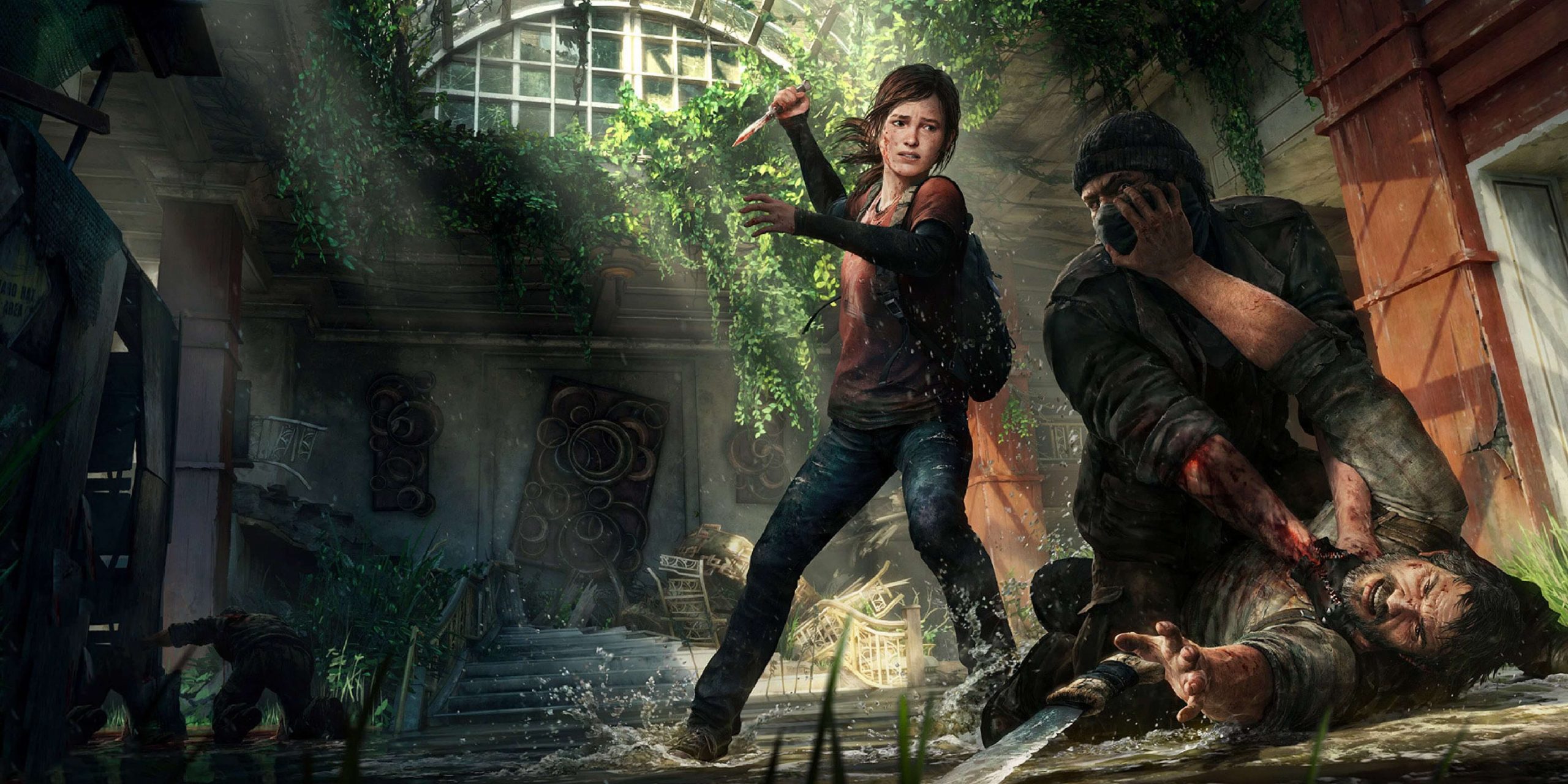 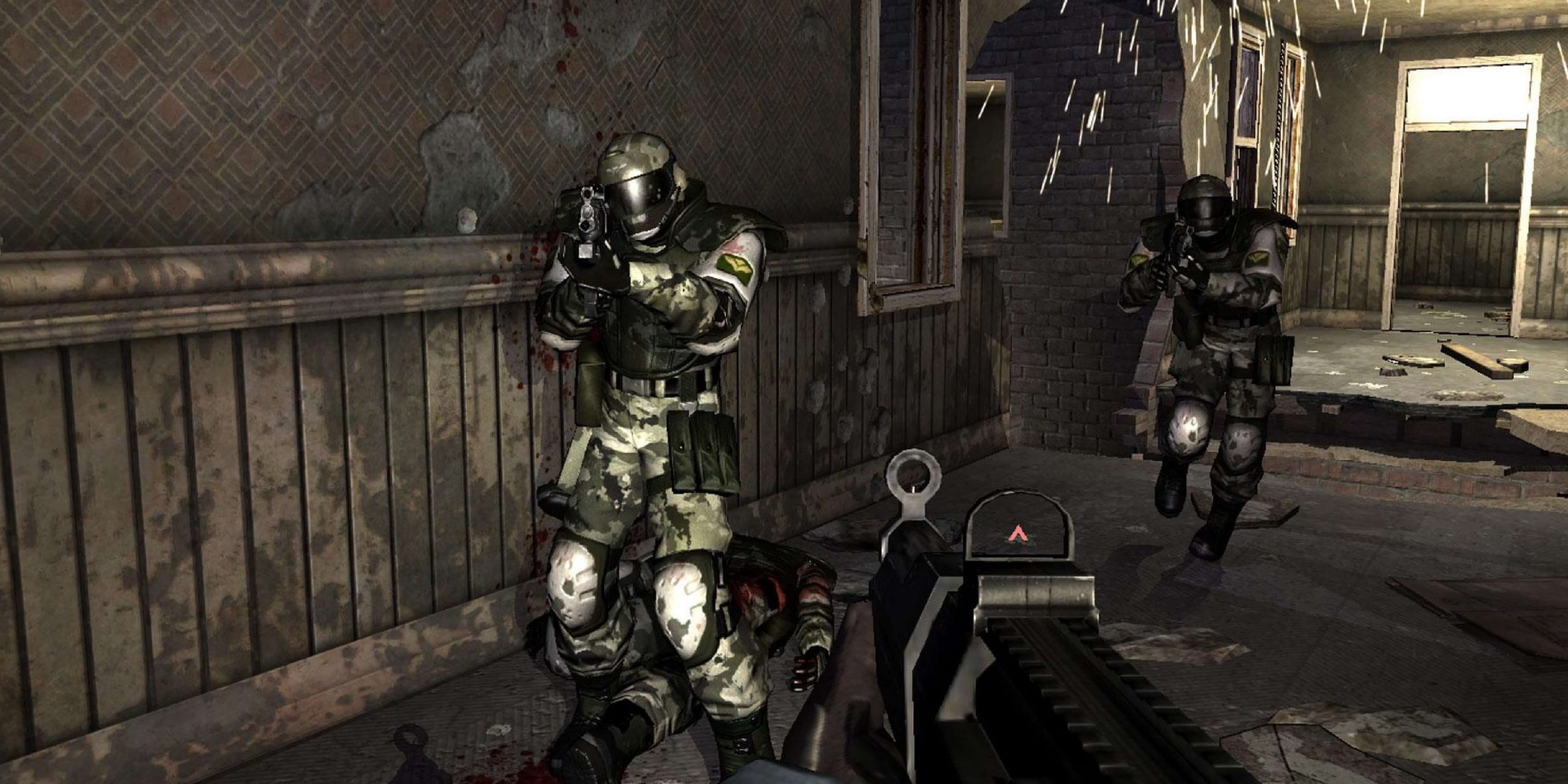 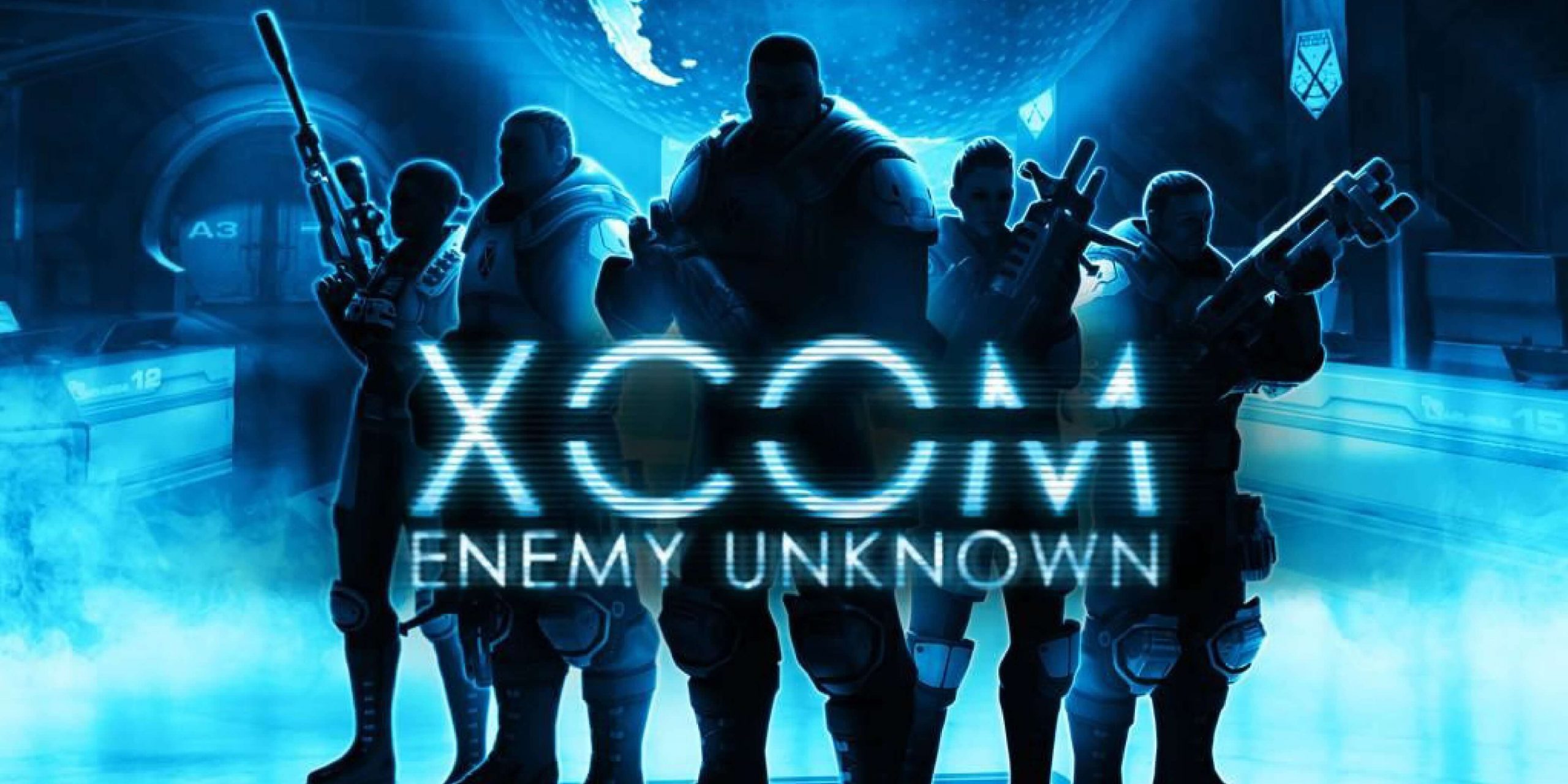 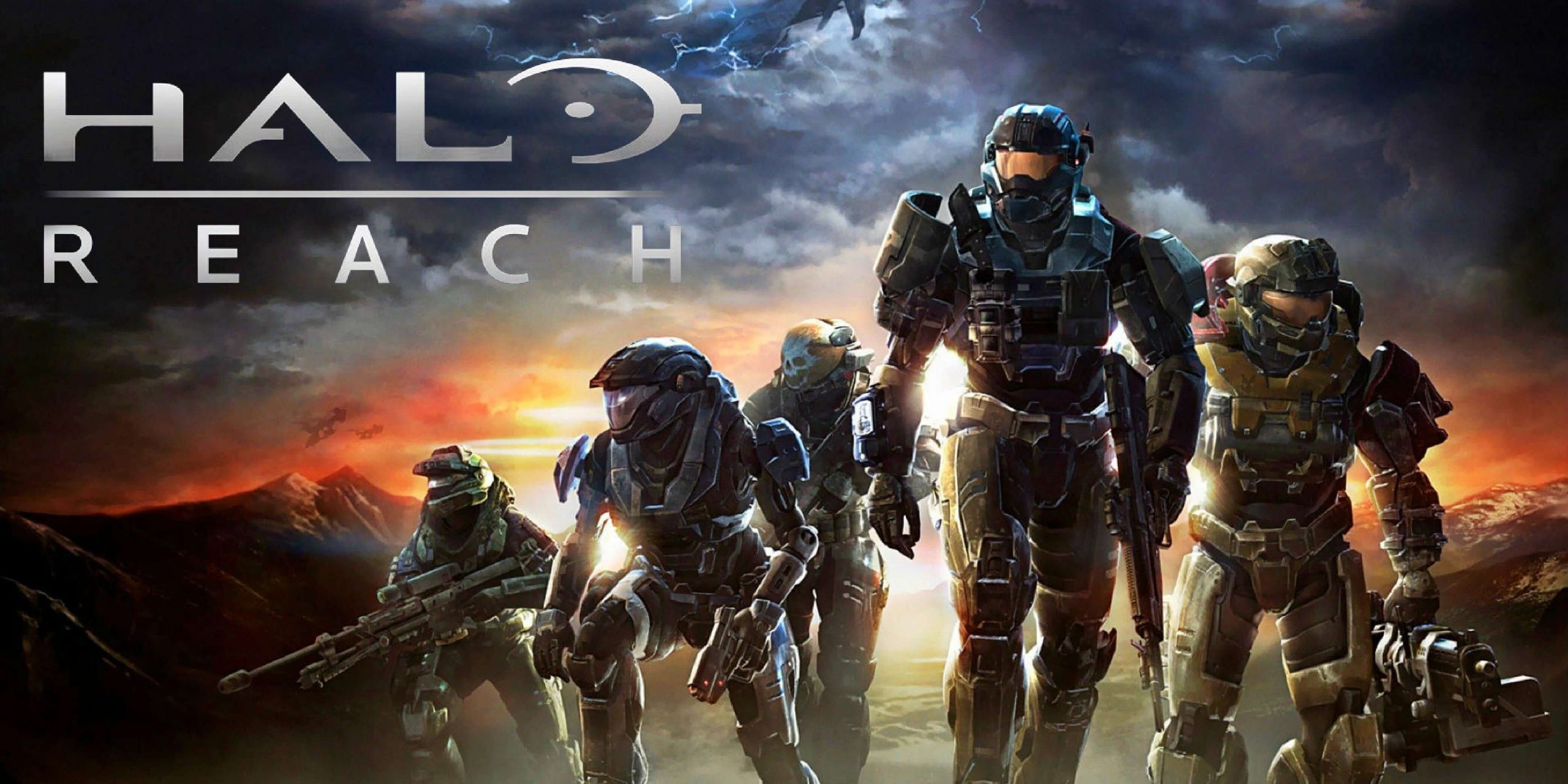 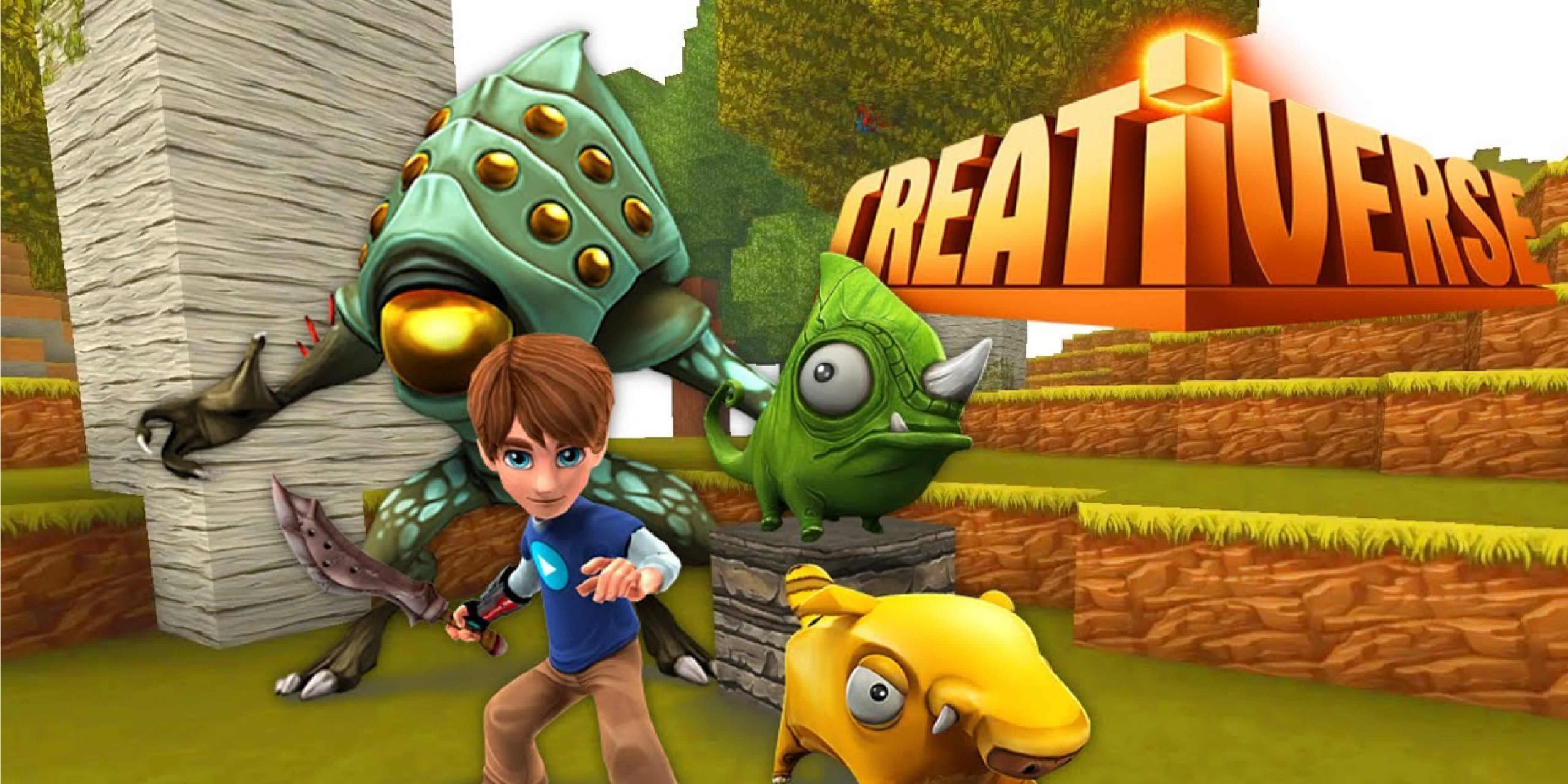 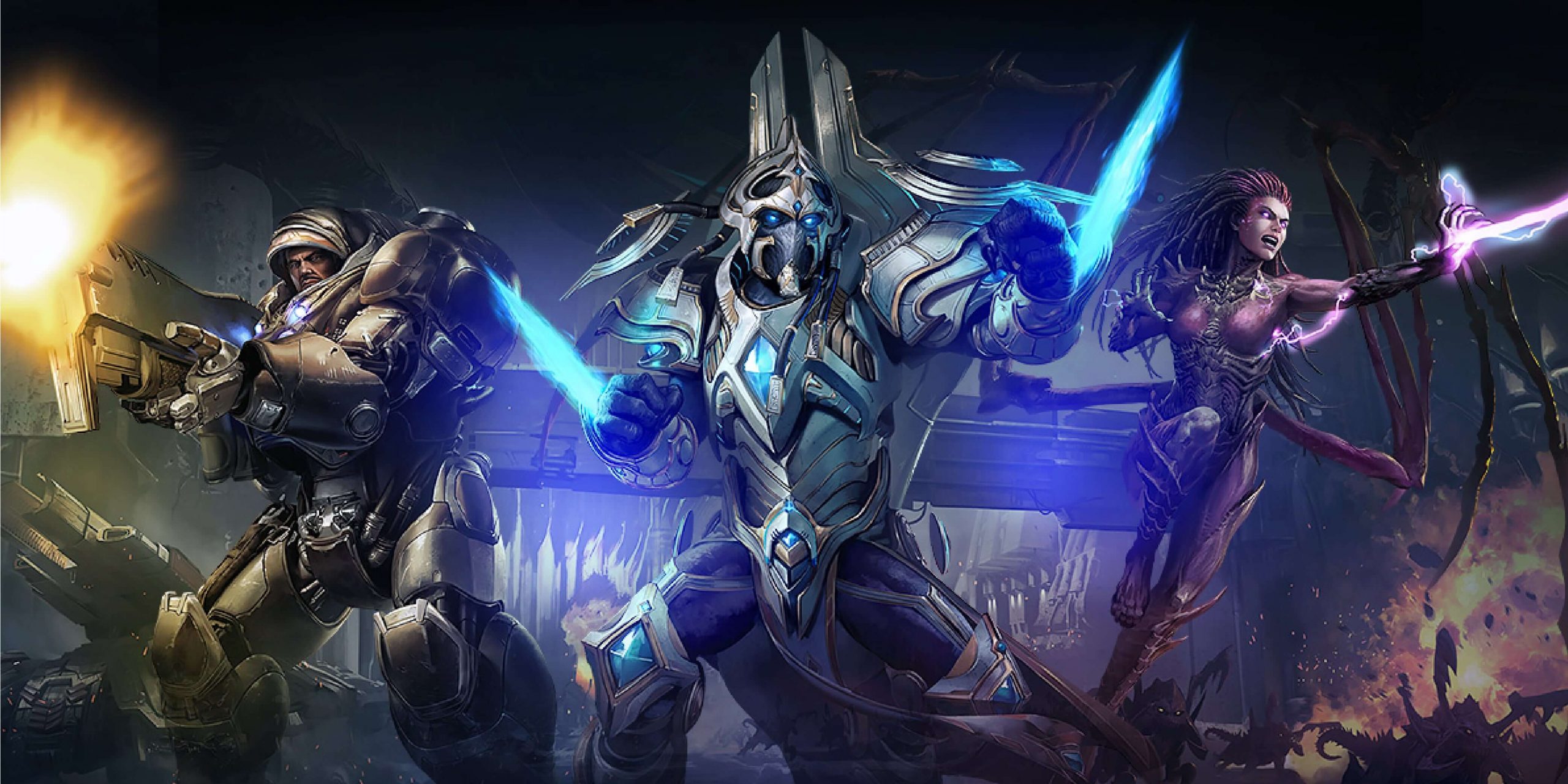 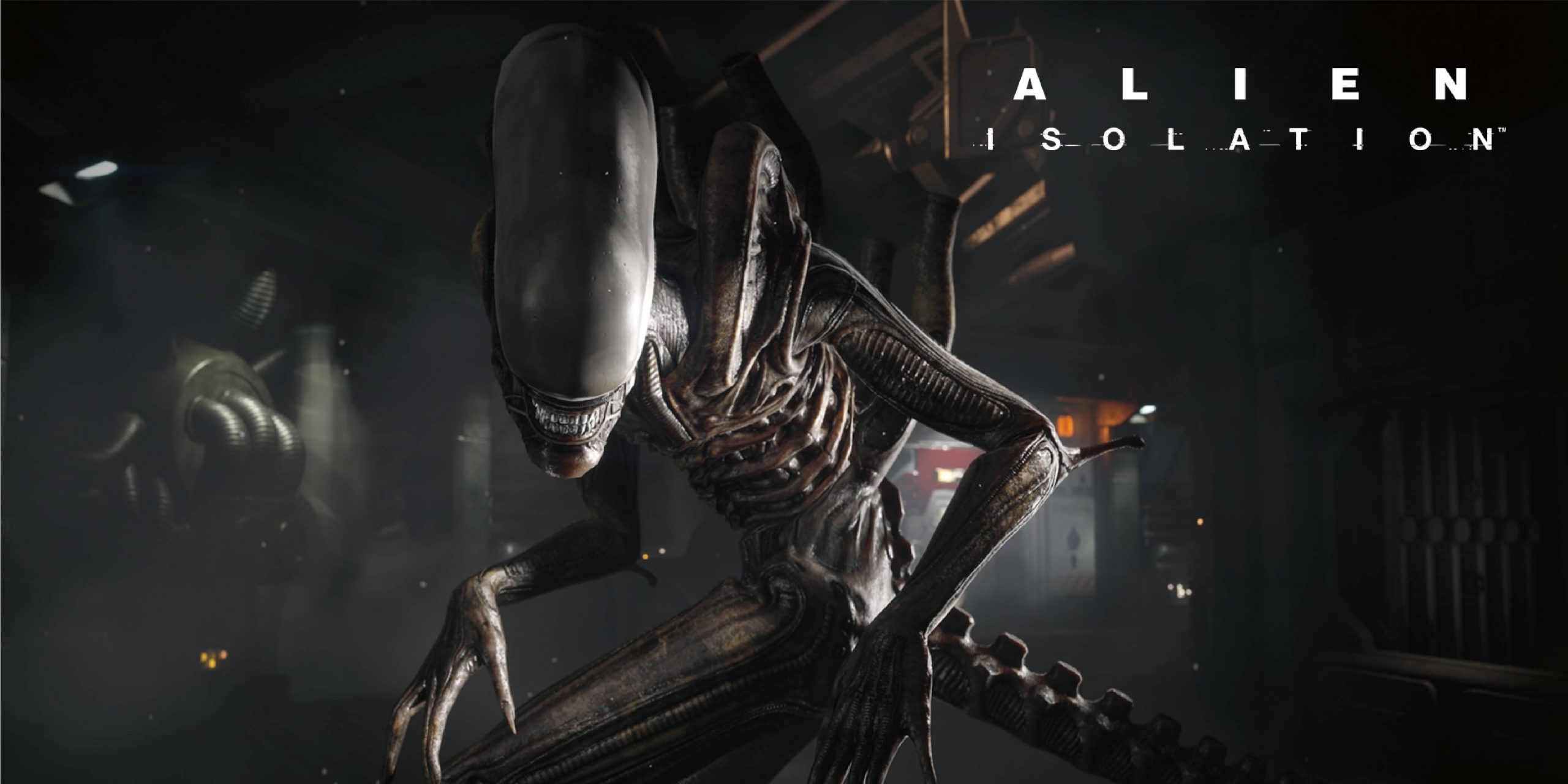 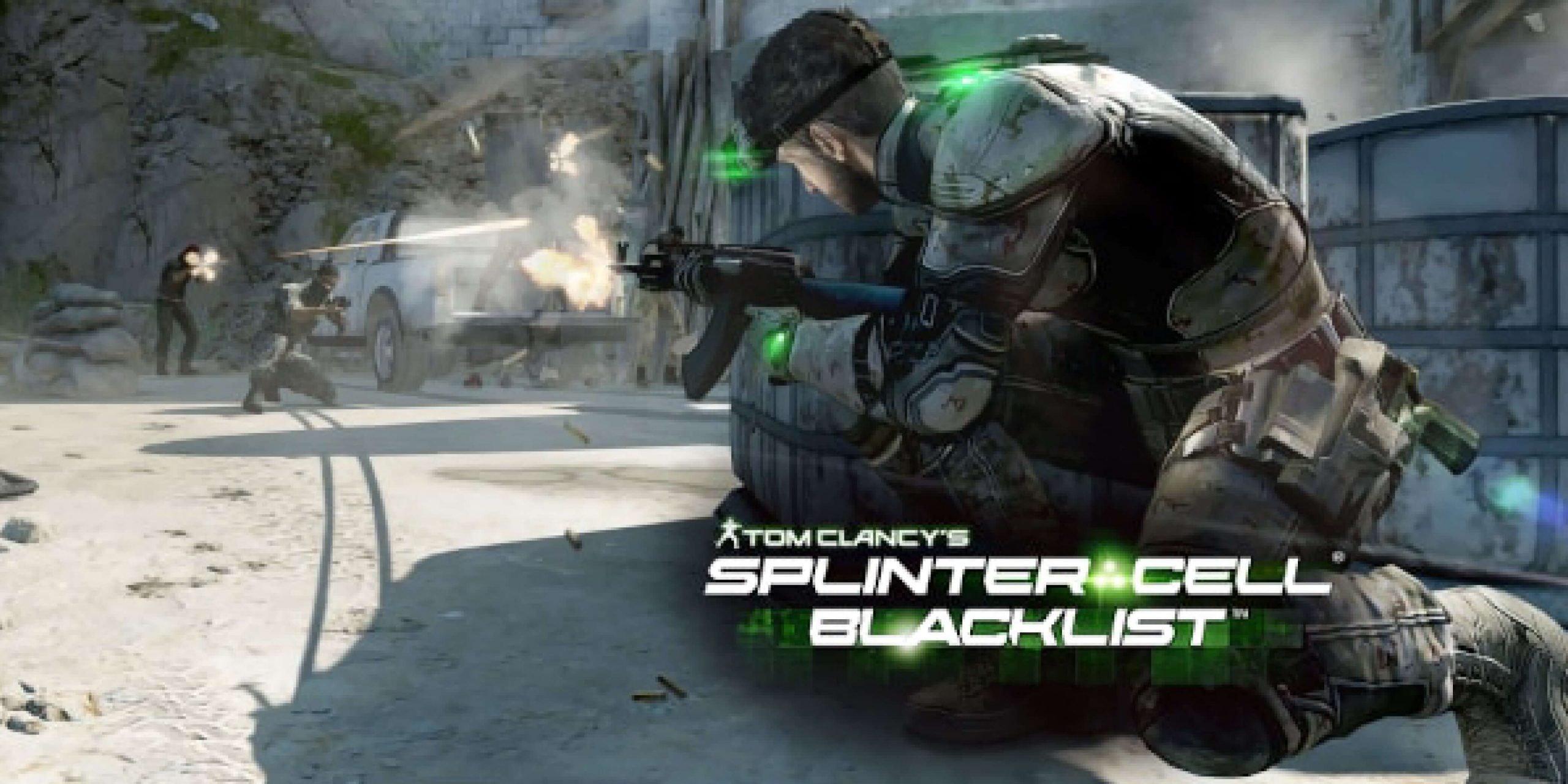 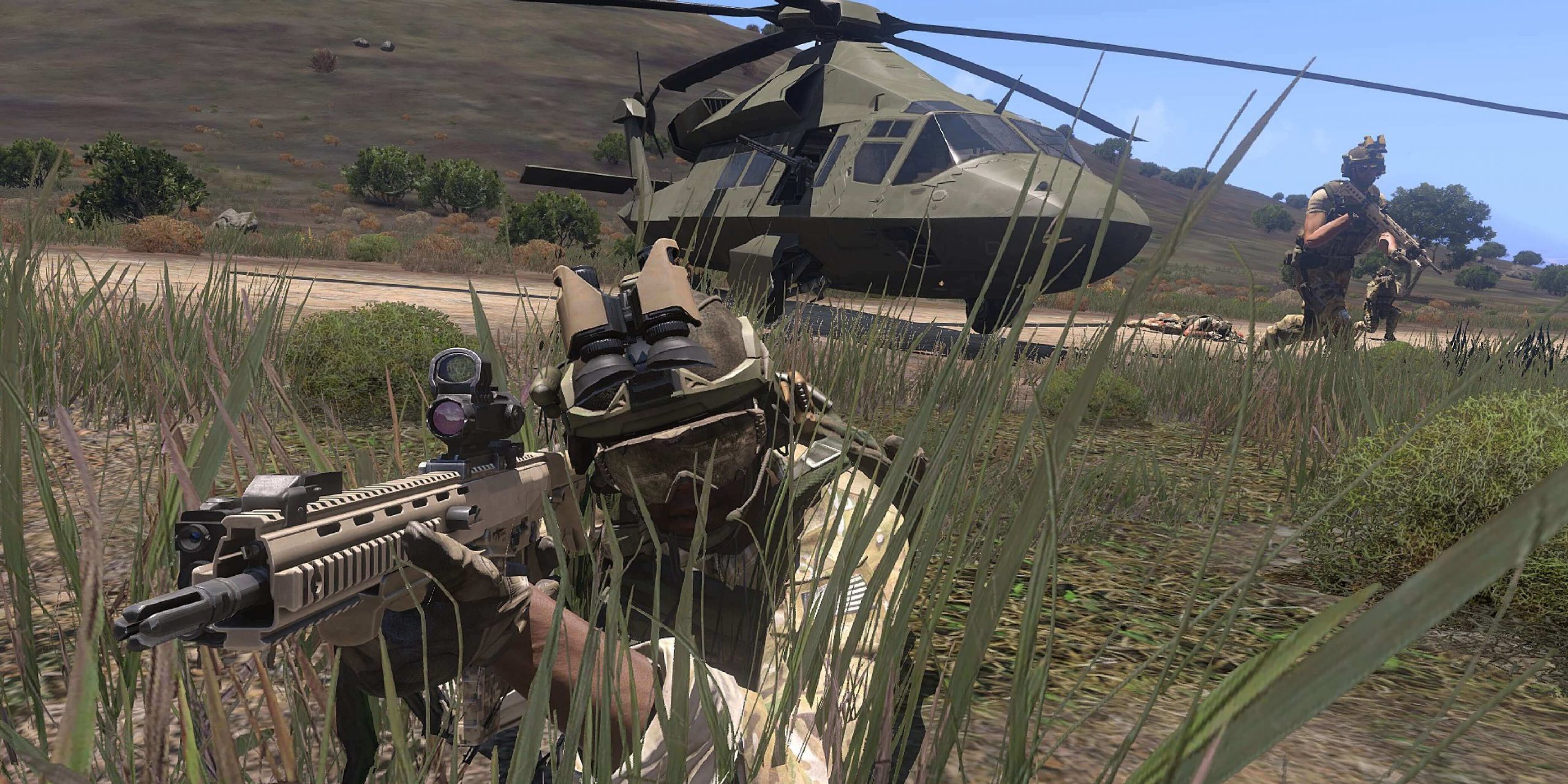 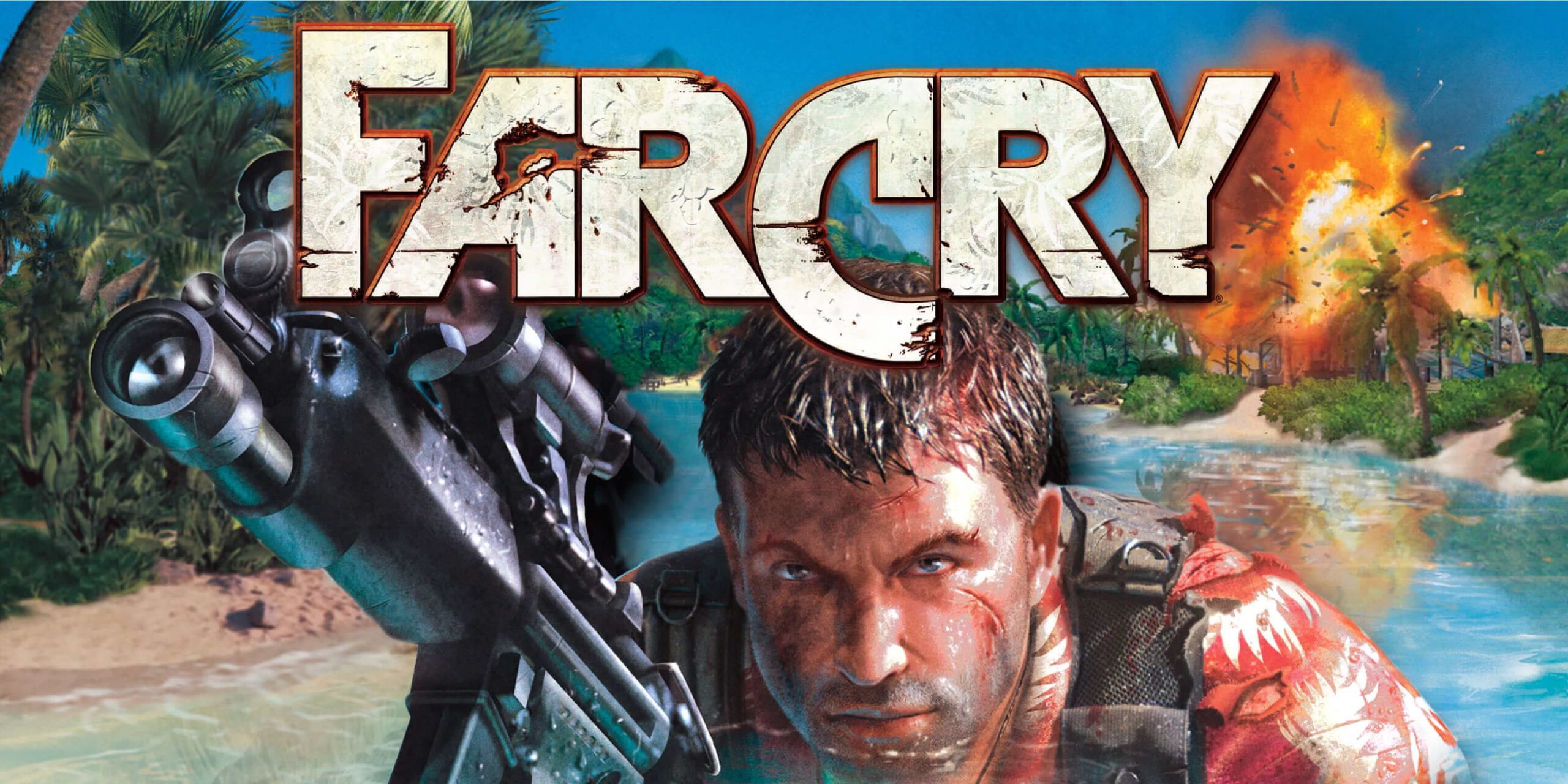 Let us know if you like playing AI-based games. And also, which of these are your favorites? Our game developers hail from eons of experience and can build games based on any technology.

You can design your new game with our experts today by just writing to us or calling us. Let’s set up your appointment and kickstart this new project today.

Games are a unique form of entertainment in our modern, technologically advanced society. Although they are undoubtedly entertaining, there is still much debate about their relative benefits and drawbacks.

Although studies on this issue are now emerging, they may offer helpful information regarding the advantages and disadvantages of this popular pastime.

While the debate over whether video games are good or bad rages on, the reader must decide if they are “good” or “bad.” The reality is that most of us fall somewhere in between, with allowances made for unique situations and preferences.

The potential of AI in gaming is expected to advance significantly with new possibilities such as autonomous character evolution, learning, and adaptation. The goal is to create games that employ intelligent agents that continue to evolve as they play.

Future NPCs will adapt during gameplay, making it more difficult for a player to anticipate their actions. With each additional hour of gameplay, AI-backed games will grow more sophisticated and difficult to anticipate.

As a consequence, the game’s playability will be considerably prolonged. AI algorithms that provide these possibilities will also improve in complexity. A problem with AI is that it will require an enormous amount of training data to function correctly. There is a current lack of training data.

However, as more businesses recognize the value of AI and data, this constraint will go away. The ultimate objective of game AI is to provide infinite narratives, settings, level possibilities, realistic characters, and endless customization. 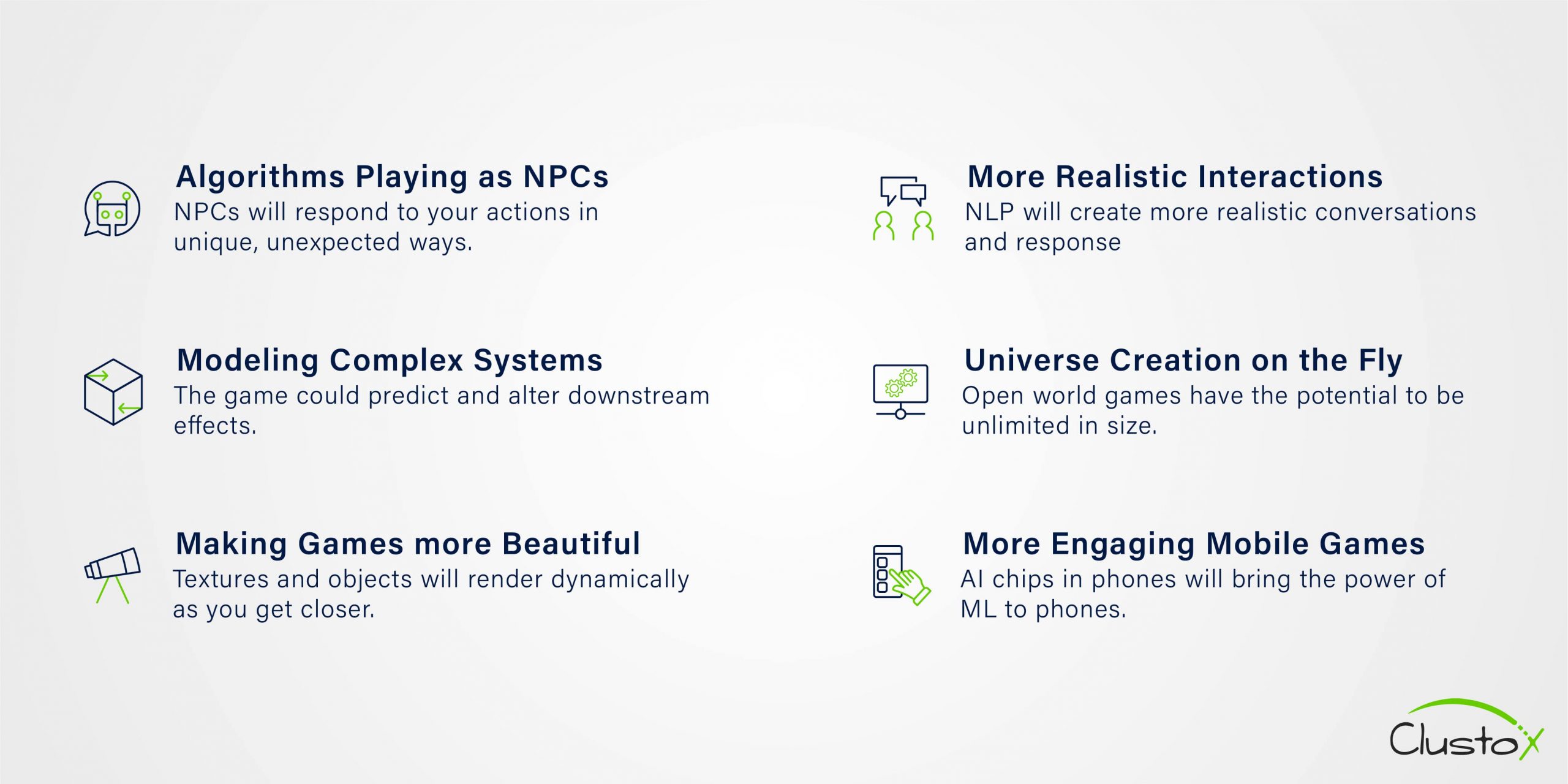 At Clustox, you’ll find expertise as well as experience to build, design and deploy your latest game. Let it be Android or iOS – our experts are supercharged to kick off any project at whatever pace you like. If you have an idea, don’t hesitate to share it. Let our AI expert developers design your next-gen gaming application for any platform. Talk to us or email us your queries.

Which AI tools are used in gaming?

There are plenty of AI tools and techniques used in game development, depending on the app’s features. However, some of the most common ones are Scikit Learn, Caffe, Auto ML, PyTorch, CNTK, Theano, etc.

Which algorithm is used in artificial intelligence?

Here is a list of the most commonly used AI algorithms:

How is AI used in game development?

Using the latest ML algorithms and AI techniques in game development helps to generate a more adaptive and responsive video game experience. It is another excellent way to add more flexibility and versatility to games.

What is the advantage of AI in gaming?

AI is a great way to bring some exciting changes to the gaming world. Some of the many advantages of AI in gaming include: 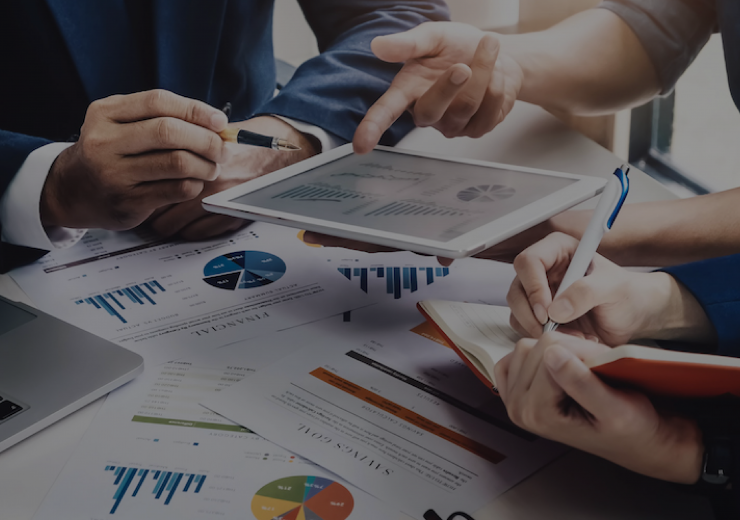 HOW CAN A BUSINESS APPLICATION IMPROVE THE PRODUCTIVITY OF YOUR TEAMS?

That’s it! There are lots of Mobile technologies that have gained all the poles of the... 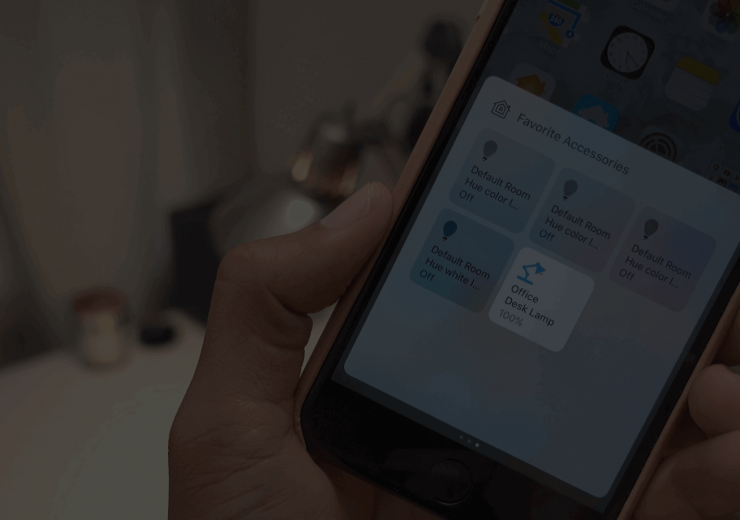 How Much Does It Cost To Develop A Home Automation App For iOS?

The idea of smart home technology has been around for a long time; however, the...