If you’re considering building a new app, you’ve probably considered what language and technology platform to use. This is where RoR & Django come in. These solutions provide views, controllers, and models that may help your online application. It’s been over 24 years since Ruby was initially released and roughly 15 years since the Rails framework, or RoR, debuted. Ruby on Rails has gone through a lot in its life cycle and has evolved from there to now. The popularity of Ruby on Rails stems from its functionality, simplicity of use, and robustness. Therefore, it’s such a popular choice among software developers for use in the core of their projects.

Meet The History Of RoR

Ruby on Rails (RoR) is an open-source and free software used to create websites. Rail is a framework that allows you to use Ruby’s primary language to build websites. Because of its popularity, Ruby on Rails is one of the most fashionable languages among programmers. David Heinemeier Hansson is the mind behind the development of RoR (Ruby on Rails). He founded it and often referred to it as “Rails.” This combines HTML, Ruby, CSS, and JavaScript to create a web application that runs on a web server. Generally, it is regarded as a server-side platform for web app development. Rails allow for the rapid creation of large websites. According to Engine Yard’s John Dillon, Ruby programmers using Rails achieve productivity levels ranging from 2 to 2.5 times greater than comparable Java developers.

What Are RoR (Ruby on Rails) Roles?

RoR is a web app development platform. It offers a framework for website developers to follow when writing code. It’s designed to help web application programming by anticipating every developer’s need to get started. RoR has fewer coding lines but more outstanding skills than any other framework or language. Rails is a preconceived and authoritarian system. It assumes that something should be completed in the best possible way, and it’s intended to get you there. You will see your productivity increase if you do things the Rails way.

How Does Ruby On Rails Work?

Let’s start from the beginning. For instance, you will go to a browser on the web to read the article; the browser will associate three types of files to show online pages: CSS, HTML, &, JavaScript. A web server sends files to a web browser; it can be remote or on your computer. HTML is a language that creates unique content and generic design components. CSS is a chic sheet development language that adds aesthetic enhancements to design elements. JavaScript is a text-based encoding language that permits you to add collaborating elements to HTML and CSS-generated structures. The application server or a Static file provides CSS, HTML, & JavaScript to a web server. Ruby-based application servers create dynamic files by compounding programming languages such as JavaScript to address the issue of cost. Cloud computing offers businesses access to all their software on-demand at a small price.

JavaScript is a text-based programming language that may use to add interactivity to HTML and CSS-generated structures. Cloud computing enables businesses to use all their software on-demand at minimal cost by providing access to it all through one service. A web application is a software program written in Ruby and built using the Rails framework. Rails combine Ruby programming with HTML, CSS, and JavaScript to create internet applications. To dynamically mix HTML, CSS, and JavaScript files from component files, Rails utilizes the Ruby language.

Outline Of Ruby On Rails Architecture

The architecture of the ROSI depends on the MVC design pattern. The MVC or Modal View Controller is a software design pattern for creating web applications. It is made up of three components, each with its function.

Uses Of Ruby On Rails (RoR)

There are numerous reasons for adopting new technologies. Some of these are stated below:

Ruby is the most popular programming language, and it uses the Rails framework. Most IT professionals prefer Ruby because of its many advantages, including:

Ruby focuses on less coding and more features. The following are some of the primary ideas behind ROR: Create, Read, Update, Delete (CRUD), convention over configuration (COC), and KISAP (keep it simple as possible).

The development cycle is about three times faster than other languages and platforms. It’s ideal for RAD (Rapid Application Development) since it allows for more quickly and effective changes.

Ruby is a free, open-source programming language that implies it’s accessible to everybody. It’s an ideal choice for startups because it’s easy to write and understand.

4. Agile Development Which Is Values-Based

The objective is broken down into small parts, allowing each procedure to complete swiftly.

Below we have outlined some of the mainframe uses of this amazing and wonderful programming language. Keep reading to understand more.

Ruby is a popular programming language, embraced for its optimized and straightforward syntax. It is as understandable as it could be in English. As a result, Ruby on Rails developers never have trouble getting started. Its manuals are well-organized and well-written, making them easy to pick up. RoR code is simple for web development experts to read, comprehend, or write. The Ruby on Rail framework is not only simple to learn, but it’s also developer-friendly in a variety of other ways. Compared to other online programming alternatives, it allows coders to create lesser and neater code.

Ruby on Rails is still the best option for developers for legitimate reasons, whether it’s an enterprise application or an e-commerce development need. Speed, which may attain while writing in Ruby, and efficiency are just a few among them. Bringing up a project utilizing RoR takes less time than other languages. It may take as little as 50% of the overall development time. This is because Ruby code can write faster. RoR does not require any setup so that you can work more quickly with it. In addition, because RoR is not dependent on configurations.

Ruby on Rails is a programming language, used in the backend of dozens of successful and well-known projects, including Shopify, Zendesk, SoundCloud, CrunchBase, and Airbnb. These businesses have been using RoR for years, demonstrating its dependability. Its robustness makes it ideal for developing dynamic online interfaces. The RoR uses a standard set of protocols for its online applications to maintain them safe. It has a security and inject-related examination process that includes a lot of security and inject-related inspections. Automated testing and clean code are some reasons behind RoR’s robust code.

Ruby on Rails is open-source programming. It saves money by eliminating licensing expenses and hassle. Therefore, many firms, especially startups, believe that Ruby on Rails is the most acceptable solution for them. The technology is ideal for developing content management systems and e-commerce sites and forums, and social networking platforms for running any sort of dynamic portals on it. You may use Ruby on Rails for developing great applications with outstanding features and high efficiency without doubting it for a minute. It will not only save you time but will also reduce development and maintenance expenses.

However, we’ve covered how the RoR is an open-source platform with a large developer community. Thousands of developers contribute to keeping the technology up to date and free from bugs, thanks to its sustainability and maintenance by thousands of tech geeks. Such regular updates and addendums have aided in keeping ROAR usable while also providing new code libraries. Several tools and resources are available to you that will make it impossible for you to get stuck in your predicament. In addition, if you need help or want to hire other Ruby on Rails developers, there are plenty of these individuals worldwide.

Ruby on Rails synchronizes well with HTML, CSS, JavaScript, Ajax, and other web programming or scripting languages. With this, you can easily get direct complete access to scripts or codes written using these languages. As a result, you may conduct your development and design activities effectively. It simply implies that creating modern, responsive, and beautiful RoR apps is always feasible.

With the tools & modules ecosystem, you’ll find RoR in optimization for coders. If you code in Ruby, you already know how clean code snippets can produce. RoR’s ability to do this has helped it establish itself as a reliable and maintenance-friendly platform. It takes less time for a new developer to comprehend the old code, and it takes the senior developer longer to get back into it where he left off. The advantages of Ruby’s specialization in this area are evident in terms of rapid and easy project maintenance.

Get Your Project Estimation – Email Us Details

We’ve already discussed it. Ruby on Rail Framework projects’ code is well-optimized. If you’re using RoR, you can write smaller scripts that do more. It aids in creating clean and extensible code that may be easily maintained in the future by the developers. Even if you intend to upgrade and expand the functionality of your web application in the future, RoR makes it very simple. Furthermore, because numerous reusable code libraries are available, you may save time and effort by using them.

Companies That Use Ruby On Rails

Ruby on Rails is a highly adaptable and flexible platform and does not restrict a single sector or even a specific sort of web service. Ruby on Rails firms operate in all areas of finance, including startups and corporations at all levels. RoR is also a good match for various websites and web applications, including social media platforms and e-commerce sites. Let’s look at some well-known companies that utilize RoR for web app development.

What Else Is There?

That might be the case, but it’s also possible that you’re incorrect. We may go on and on about how great Ruby on Rails is because we love this technology to the core. Bacancy has been using RoR to create web apps for more than nine years now. RoR is a robust framework for building intuitive, feature-rich, powerful & dynamic platforms. It also increases your search engine rankings. Furthermore, it can assist you to rank higher in search engines (we know that every business strives to improve its SEO ranking).

Closing Statement In A Nutshell

All developers are always on the lookout for methods that minimize the amount of time and effort they put into developing a web application. Ruby on Rails is just what you need. Hire Ruby on Rails specialists to create high-performance teams and RoR development services at affordable rates. Ruby on Rails is the finest open-source software for creating web applications since it is the most manageable framework, and Ruby is a concise language. You know that it’s built on the MVC architecture and has several advantages because of this. These facts are your primary source of information while learning about Ruby in Rails. You now have all the necessary information for creating a web app with RoR (Ruby on Rails). Or you can also get in touch with RoR experts at Clustox to design or build your new project to attain much more exposure. Furthermore, we also extend the option where you can hire our augmented team’s solution and gain a lot of tractability. Book your call today or email us your inquiries to discuss it further. 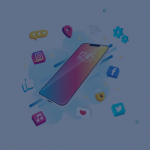 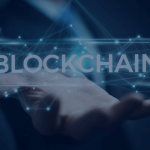 React.js VS React Native – Differences, Pros, And Cons Of Both The Platforms

React is one of the most widely used JavaScript libraries for web development. Large...

ASO – App Store Optimization; How does it work in Google Play?

With millions of mobile applications in major App stores, giving visibility to yours...

Similar posts
Table of contents
Meet The History Of RoR
What Are RoR (Ruby on Rails) Roles?
How Does Ruby On Rails Work?
Reasons To Select RoR For Web App Development
Closing Statement In A Nutshell