Mobile app development trends to watch out for in 2020

The Internet of Things (IoT) is one of the fastest-growing technologies in the mobile application development industry. It integrates different computing and digital devices into a single platform. The devices communicate by transferring data over the network where each device is its unique IP address. The platform, in turn, helps in accessing information stored in any of the devices in the system at any time. IoT has far-fledged uses in the industries as well. The businessmen are deploying it in the industry to cut down the need for workforce and enhance the efficiency of industrial processes. IoT is currently being used in businesses like home automation, agriculture, and transportation

The integration of Artificial intelligence and machine learning with mobile apps has been making rounds on the list of top trends for quite a while now. The mobile app developers aim to minimize human intervention while accelerating the efficiency of processes with the help of artificial intelligence and machine learning. Hence, These technologies are being widely used in incorporating facial recognition and fingerprint scan features in apps to make them secure. Moreover, mobile app development companies are using it in their apps to provide the customers with the product that they would like based on users’ previous buys, targeted behavior, and preferences.

Numerous companies are making massive investments in the development of augmented and virtual reality apps. It has been a while since both of the technologies are ruling the game world. According to new trends, industries are now implementing them in marketing, healthcare, advertising, and manufacturing. This not only enhances customer experiences but also adds to the profitability of several businesses.

App development companies strive to make their apps as facilitating as possible. Mobile Commerce was a breakthrough technology, introducing itself as the alternate to bank visits. Conventionally, banks were visited for transferring payments. With e-commerce, the hassle of the visiting banks ends, and transactions are now a click away. App developers endeavor to make them secure and reliable, loaded with other useful features too.

Recently, the tech world is drawing attention towards Beacon Technology, with substantial investments being made by companies. It makes use of Bluetooth to detect the location of the users. The companies are rapidly incorporating it into their apps to make user experience delightful. As a result, communication with their customers becomes more comfortable. Moreover, it uses artificial intelligence to study the behavior of the customers. The mobile app development companies then offer their products as per the interests of its customers.

Blockchain has become the trending buzzword of the app development world lately, partially because of its vast benefits. With the growing need to secure the transactions and transparency, the necessity of blockchain technology has become evident more than ever. Industries are now demanding App developers to integrate it into their apps. Consequently, the apps become secure, transparent, and eliminate the need for the third party to be involved in the whole process. Moreover, blockchain technology ensures that only authorized individuals to alter the data. Hence, it removes the risk of fraud in such sensitive operations.

Storage of data poses a challenge to most of the businesses. Businesses look forward to cutting down the memory occupied by the data. The problem got solved with the introduction of cloud computing that allowed virtual storage of data on the cloud. Thus, app developers now aim to integrate this technology into the apps. As a consequence, businesses endeavor to adopt the technology too, which will not only help in storing their data but also secure. The cloud-based app development companies are already humungous profits from it already

With the boom in technology, the people now wanted to wear their technologies to access them anytime, anywhere. Therefore, the rise of wearables applications followed, making app development companies focus on consumers’ demands. They introduced wearables like smartwatches, body sensors, and a multitude of other smart decides. The wearable not only keeps track of body movements but also allows users to control and communicate with their other devices. The trend still exists where mobile app development companies are trying to put in ingenious innovations in them to enhance user experience.

The top trends of 2020 include the development of instant apps. These apps allow users to use them without downloading them. Although they are not regular apps and have limited functionality, they are comparatively much smaller in size and user-friendly. Thus, mobile app development companies are aiming to invest in instant apps, given the growing popularity of these apps. 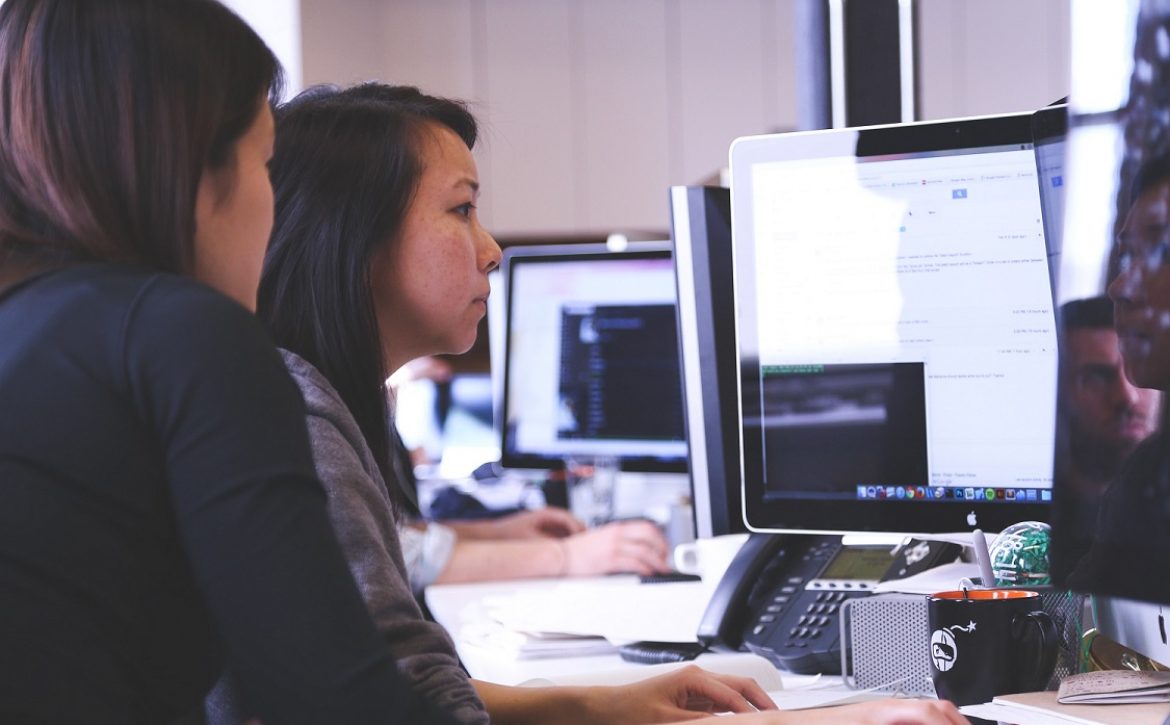 How outsourcing can help tech startups during the Coronavirus Outbreak?

The Coronavirus outbreak has spread havoc across the globe. Affecting 1,277,196 people around the world, governments are enforcing lockdowns as a preventative measure. As a result, the economies of all the countries are shaking as never before. With a sudden drop in industrial production and exports, the nations are entering a historic financial crisis. In the wake of current lockdown situations, numerous tech startups are now seeking to outsource their projects. Outsourcing can help tech startups in mitigating financial losses.

So What is Outsourcing?

It is hiring a third party outside the company to provide services. Furthermore, it includes services that were previously performed by the company’s employees. With the enforcement of social distancing, outsourcing will help save tech startups from drowning. It offers a multitude of benefits to these startups, most of them are as follows

Although outsourcing may be deployed as an emergency measure, it is yielding great financial benefits to companies too. There exists a vast difference in the work rates in different parts of the world. In many western countries, wages are far less, which makes it cost-effective. With truckloads of unfinished work, outsourcing is an ultimate bliss for startups in the corona breakdown situation.

Outsourcing means several adept people having years of relevant experience will be doing the tasks for the local startups. This, in turn, means people with sound knowledge and understanding of the project domain will do the job. As a result, an enormous increase in efficiency productivity can be brought about via this act. Moreover, it also yields significant benefits to startups.

Outsourcing can help tech startups gain immense benefits. It is because outsourcing manages risks in a more strategic yet conscientious manner. The third-party companies working on the outsourced project give special attention to the project. Their competency and expertise enable them to meticulously manage risks which could be ignored by the in house employees.

Competition always drives humanity to achieve excellence. Firstly, the Outsourcing project develops a sense of competition in the in house employees. Secondly, It makes them work even hard to meet the set standards. Tech startups can capture the maximum advantage of this aspect. Hence, this enables them to achieve enhanced productivity and efficiency.

Working for 24 hours in a Day:

With the corona outbreak, even the highly profitable multinational companies are struggling. With lockdown and zero industrial output, company owners are finding it hard to pay their employees. As a result, Tech startups are now switching to outsourcing keep in view the uncertainty in demand for tasks. This allows them to quickly scale up or down their work comfortably without having to worry about the employees.

Tech startup’s internal workforce takes client satisfaction for granted. On the other hand, Outsourcing third parties meet their clients’ satisfaction. Tech startups can take advantage of outsourcing by getting their hands on quality deliverables done on time. Most companies are losing their customers during this corona outbreak. Therefore, outsourcing can help startups gain clients via supreme quality, timely services.

Since outsourcing involves different expertise coming from different countries across the globe, tech startup yield benefits from this. They tend to gain exposure to the worldwide market, getting a chance to meet market standards of the world. The standards are not met if the employees working on a project come from the same place. This is because of the limited exchange of knowledge.

Given the above benefits, it won’t be biased of us to declare outsourcing as the best possible option. This could be a ray of hope for tech startups to survive the financial crisis. Numerous startups are asking their employees to work from home. On the other hand, many others have outsourced their projects and generating excellent profits.