What Is Artificial Intelligence?

Artificial intelligence (AI) is a science and technology that combines computer science, psychology, biology, mathematics, linguistics, and engineering. The development of electronic functions related to human intelligence, such as thinking, learning, and problem solving, is a key focus of AI.
Artificial intelligence enables machines to comprehend and accomplish specific objectives. Machine learning through deep learning is part of AI. The former relates to machines that learn from available data without human intervention. Deep learning enables the computer to process large volumes of unstructured data, including text, photos, and audio. Any AI system should be able to do some of the following tasks: observation, analysis, problem-solving, learning, etc. Artificial Intelligence Examples:

When most people hear the word AI, they instantly think of robots. That’s because popular films and literature have human-like computers wrecking disasters on the earth. Also, nothing is more the reality. Artificial intelligence is based on the concept that a machine can easily mimic human intelligence and do jobs ranging from simple to complex.
Artificial intelligence’s purposes include simulating the human thought process. To the extent that they can be concretely characterized, developers in the sector are making rapid progress in simulating tasks, including learning, reasoning, and vision. Some predict that inventors can create systems that learn and reason about any subject faster than humans. Others, however, are suspicious since all cognitive activity involves value judgments based on the human experience.
As technology develops, previous artificial intelligence standards become outdated. Systems that compute basic calculations or detect text using optical character recognition, for example, are no longer called artificial intelligence because these operations are now regarded as standard computer functions. AI is constantly improving to help a wide range of sectors. A multidisciplinary method of number theory, computer science, languages, cognitive science, and other disciplines is used to connect machines.

The History Of Artificial Intelligence

Here’s a brief overview of how AI has evolved over the last six decades.

The numerous forms of AI are listed below so that all the readers familiarize themselves with the details. So without further delay, let’s read them.

These machines have no memory or data to operate with and are only capable of doing one task. For example, in a chess match, the machine watches the movements and makes really good judgment feasible to win.

This type of AI is capable of comprehending feelings and concepts and social interaction. However, this sort of machine has yet to be developed.

The next phase of such new technologies will be self-aware machines. They will be conscious, intelligent, and aware.

These devices keep track of prior data and add it to their memory. They have sufficient memory or expertise to make sound judgments, but their memory is limited. For example, this system can recommend a restaurant based on the geographic data obtained.

What Is The Process Of Artificial Intelligence?

Large volumes of data are paired with smart, continuous processing algorithms in AI systems. Thanks to this combination, AI can learn from patterns and characteristics in the evaluated data. Each time an Artificial Intelligence system processes data, tests and assesses its performance, then uses the information to acquire more knowledge.

There are three different types of phases in AI stated as follows:

The shift from the first to phase 2 has been the most difficult. We are nearing the end of ANI, in which machine and human intellect are equal.

Where Is Artificial Intelligence Used?

Transportation, industry, banking, education, health care, and urban planning are among some of the top-rated sectors that have used this technology. Systems like Google Maps, for example, may monitor the pace of movement of vehicles at any given moment, combining real-time information about traffic problems such as construction or accidents. In the manufacturing business, preventive and proactive maintenance technologies assist manufacturers in preventing expensive downtime, while AI integration into quality control procedures improves output. Artificial intelligence gadgets and smart linked systems, such as diagnostics and telemedicine, are improving the delivery and management of health care in various ways. Machine learning is already helping financial institutions detect fraud, as we’ve seen. Payment systems, remote check depositing, insurance, and investment suggestions use AI and machine learning.

Most of you must have read about artificial intelligence-powered document reading, marking, and plagiarism checking assisting educators in their work and presenting a different perspective than that of human teachers. At the municipal level, a growing range of “smart city” technologies is starting to deliver on its promise of improving utility delivery, traffic control, garbage management, and other critical services. Things/Fields where AI is currently used include the following:

What Is The Purpose Of AI (Artificial Intelligence)?

3# Healthcare At Its Core

4# Singularity To Be A Gift

Artificial intelligence’s ultimate goal is to replace humans in the workplace. In the not-too-distant future, technological advancements will become unmanageable, resulting in significant changes in human lifestyles. Aside from their negative consequences, these clever technologies will make work more accessible and efficient. Technological singularity is another name for it. Singularity is discussed in depth here.

Various technologies are employed to ease workflow and are simple to connect across the organization. These technologies are highly significant and play a vital role in multiple sectors. Virtual reality, analytics, live streaming applications, motion animation, and drones are examples.

Artificial intelligence applications are now widely used in practically every sector. In the financial services industry, AI has played an important role. It’s employed in various financial services industries, including fraud detection, risk assessment, asset management, and insurance. Like those in other sectors, AI applications have saved time and human resources and improved output efficiency.

Any country’s economy depends on the integrity of its business sector. Project management optimization is accomplished by simplifying work and eliminating redundancies, resulting in business improvement. Through various algorithms, robotic process improvement is also utilized to reduce the amount of regular everyday labor performed by humans.

9# At The Back Of Automotive

Though it has numerous advantages, here is a quick list for your understanding:

Every positive side has a negative side. Artificial intelligence is not without flaws. Let’s look at a few of them.

Most experts feel that superior AI cannot display human emotions like love, hate, or kindness. Furthermore, we should not anticipate Machine learning and artificial intelligence to become consciously generous or unkind. Similarly, if we consider AI to be hazardous, there are primarily two scenarios:

Artificial Intelligence Is Programmed To Cause Harm

AI systems that are trained to kill are known as autonomous weapons. These weapons might result in massive fatalities if they fall into the wrong hands. Furthermore, an AI arms race might unintentionally inadvertently have catastrophic victims. To avoid getting unsatisfied with the opponent, these devices would be complicated to “switch off,” allowing humans to lose control of the situation. Even with restricted AI, this risk increases as AI knowledge and autonomy improve.

Misalignment Of The Aims And Machines

The second concern of AI as a risky technology is that even if intelligent AI is supposed to perform something useful, it might have harmful outcomes. Assume we tell the auto car to “get us to our destination as quickly as feasible.” The machine will instantly follow our instructions. It might be hazardous to human lives unless we clarify that traffic regulations must also be respected and that human life is valued. It may violate traffic laws or cause an accident, which is not exactly what we wanted, but it completed the task. As a result, super-intelligent robots can be harmful if they ask to achieve a goal that does not match our standards.

The Future Of Artificial Intelligence

Artificial Intelligence (AI) is a breakthrough discipline of computer science that is poised to become a key component of several future technologies such as big data, robots, and the Internet of Things (IoT). In the next few years, it will continue to be a technical leader. AI has gone from science fiction to reality in a few years. Machines that assist people with intelligence exist in the real world and science fiction films. We currently live in an Artificial Intelligence environment that has been a tale for some years. Don’t miss reading our detailed piece on AI And Biometrics – The Transformation Of Enterprise Security
We use AI technology in our everyday lives, whether consciously or unconsciously, and it has become a part of our existence. Everyone uses artificial intelligence in their daily lives, from Alexa/Siri to Chatbots. The advancement and evolution of artificial intelligence are occurring at a breakneck speed. However, it was not as smooth and simple as it appeared to us. It took several years and a lot of hard effort and contributions from many individuals to get AI to this point. AI is a revolutionary technology and it’s also a fantastic opportunity. Both defensively and offensively, cyber operations will benefit from AI. New cyber-attack methods will be developed to exploit AI technology’s specific weaknesses.

No doubt with each passing day we see technology shaping for the betterment of the human race. The same can be seen or predicted for AI. With all of its active and passive flaws, we can see how it can support a lot of our industries and offer help as well. Thus, there shouldn’t be negative thoughts or fear around AI. You need an expert at hand to discuss your AI-enabled project idea so that you don’t release something without research to the market. Hope on a call with our AI and ML experts today and let’s sort out the bulging gaps and offer a risk-free consultation. Email us or call us to book your appointment.

PrevBIG DATA — Your 2022 Guide To Characteristics, And TypesJune 3, 2022
Why Businesses Should Invest In Asset Management Software?June 8, 2022 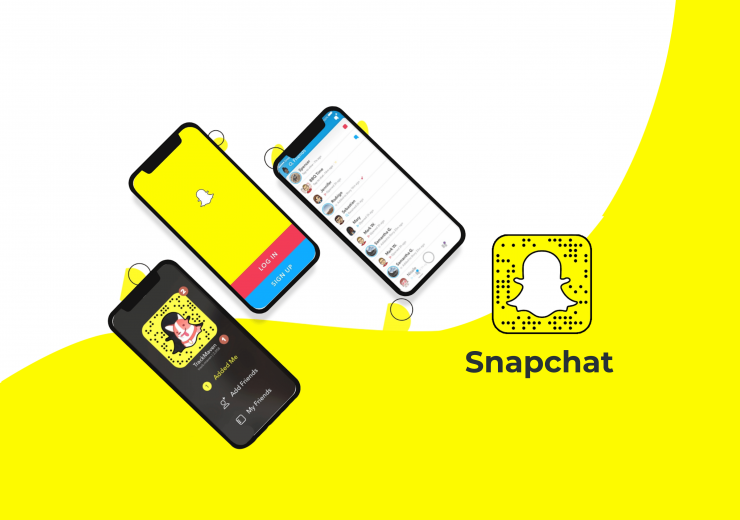 How much does it cost to build an app like Snapchat

Snapchat materialized as a game-changer in the world of apps. It soon got... 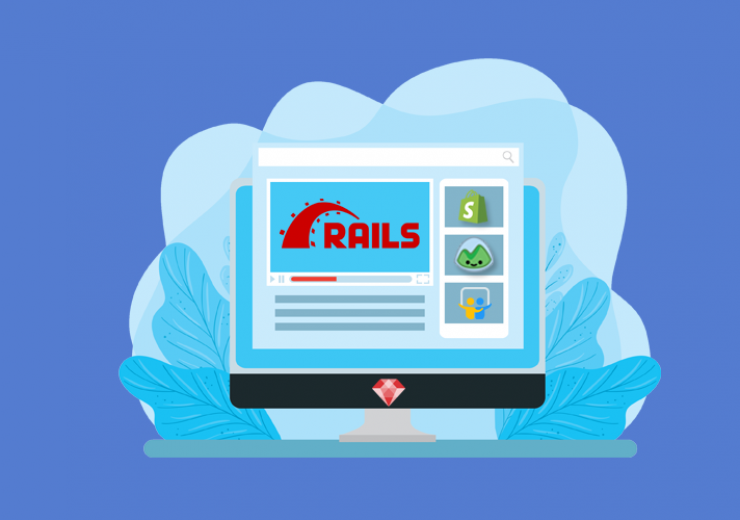 10 Most Famous Websites Built With Ruby On Rails