For designing a truly native mobile phone app, cross-platform programming has emerged as a feasible alternative. Using native mobile programming, you create self-contained Android and iPhone apps. Cross-platform programming lets you save time and money by using the same code throughout all platforms. React Native is a fast- raising mobile framework that is extensively observed as the prospect of cross-platform app development. React Native is an accessible framework that allows you to create mobile applications using only JavaScript.
It was suggested by Jordan Walke, a software developer of Facebook, as a novel approach for simpler development and better user experience. We’ll go over the benefits of consuming React Native for cross-platform mobile development later in this blog. The important distinctive aspect of this framework is that it lets developers produce software that roles in the same way as the native apps or software systems. They are using the same UI basic components as Android apps or native iOS and are equivalent to Java, Swift, or Objective-C programmers. React Native, on the other hand, is a faster and cheaper way to create a mobile app.

What’s React Native And Why Is It Good?

Anyone who can utilize React Native is welcome to do so. To give the apps a native look, it employs the high-level programming language native UI & JavaScript components. The top 10 applications that use React Native technology include some of the finest mobile apps in the world. React Native is depleted by Airbnb, Facebook manager, Bloomberg, Myntra, UberEATS, Instagram, and numerous other big names. It’s an excellent option for all mobile apps, but it’s especially well-suited to those requiring a more complex server to complete the calculation process. This would be why Airbnb revealed their frustration with the framework’s functioning with their app. React Native software development also comes with many advantages and surprises for developers. As an open-source platform, there is a wealth of documentation available for free to everyone in the community, and each experience may be shared.

Here are a few highlights that demonstrate the value of Reactive Native in mobile application development and the future of React Native in mobile application development. Don’t forget to read our latest blog focusing on How to make money from Mobile Apps in 2022? [5 Best Strategies] – if that’s what you want to do in 2022. Or, look at the following steps:

React Native is founded on language basics, making it highly legible and straightforward to understand. Because it provides a wide variety of components, such as maps and filters, it may be regarded as one of the most excellent tools for beginner JavaScript developers.

Originally, React Native was merely accessible for iOS, but owing to its striking abilities. Later, Facebook decided to make it accessible for Android as well. Until not long ago, the bulk of the APIs has been cross-platform, letting react native application developers apply React Native to create apps for both Android and iOS. There is no need to employ programming languages such as JAVA, Swift, or C+. You need to get in touch with a JavaScript developer skilled in creating native UI libraries, APIs, and hybrid mobile apps. You can quickly incorporate the native code to confirm the app’s legitimacy without wasting much time or money on development costs.

Yes! React Native may reuse and minimize code that has been created in its original version. That functionality is preserved in React Native. However, this does not imply that you only need to create code once, and it will work on all platforms. As a developer, all you must do is write new code to create a user interface that allows you to search for specific platforms based on their best practices and standards.

React Native allows developers to create apps much more quickly. In a short period, it has become well-known within the developer community. As previously said, React Native is an open-source JavaScript framework that provides multiple components that can be utilized locally, allowing developers to work quicker with at least a 30% reduction in development time. React Native is based on the notion of creating a mobile app that can execute complicated tasks with little code. This allows you to adjust on the fly and modifications while the program is loading.

The phrase “React Native” gets its moniker because apps built with native react on this platform can operate similarly to native apps. Apart from that, developers cannot overlook that React Native’s appeal stems from its keyboard behavior, scroll accelerations, animations, & usability. React Native’s user interface also features native widgets that aid in smooth performance. The most sophisticated apps run quite smoothly with React Native and JavaScript. As a result, developing apps using React native is always a fantastic idea because it ensures that the apps are always stable.

One of the most critical aspects of using React Native in mobile app development is the live updating capability. Instead of forcing customers to go through the app store update cycle, JavaScript allows developers to push or pop-up updates directly to their users’ mobile phones. Finally, instead of staying up to date with the previous version of the program, users will receive the most recent upgrades.

When starting a business, the first thing that comes to mind is money or a budget, and this is a vital consideration that cannot be overlooked. Every company desires a quicker return on its investment. In that instance, hiring a React Native developer to design a mobile app might be a fantastic alternative because you will save time and money.

(8) Has An Open-Source Component

The word “open-source” is already familiar to you. Open-source projects are those in which many people work together to do a project better & better. In the same manner, React Native has a vast community of capable developers working on bug fixes, feature enhancements, and assisting users in making the most of it. As a result, this open-source component of React Native is the most well-known element in creating conventional mobile apps.

React Native provides a great creating environment so that a developer may have a better and more enjoyable experience. And this is achievable because newer developers unfamiliar with the platform may alter and apply modifications while the program is running. When you make changes to the file, the user interface is refreshed via hot reloading.

Facebook proclaimed React Native in 2015. “We were capable of functioning Facebook’s first completely React Native application in two stages. With native advent and texture, the same squad of JavaScript developers did an amazing job.” Facebook developers Daniel Witte & Philipp von Weitershausen inscribed the said on the authorized Facebook development site in a weblog. Even though not all the developers were aware of React when they took over the team, they were able to create an iOS app with a native appearance and feel in only five months. We also published the Android edition of the app after another three months.” After a lengthy period & hundreds of updates, corrections, and functionality improvements, React Native version H 0.63.4 / November 30, 2020, is now the latest up-to-date version. Thousands of applications employ React Native as a solution because of its fame and ease, whether Facebook, Instagram, Uber Eats, Pinterest, Bloomberg, or Skype. There are many businesses and top-notch software that use the React Native ecosystem to get a competitive edge in the market.

The Perks Of Using React Native

It’s worth noting, though, that the React Native app developers are expanding by the day, and as a result, the platform’s flaws are being addressed, and the number of components available grows. The uses of a React Native app will quickly overshadow the drawbacks. React Native will be used to construct apps with more complex functions and high security in the future, and it will quickly become the preferred option across app developers worldwide. The following are the main benefits, or top justifications, for utilizing React Native for mobile application development.

Native’s components are the same as those used in react native app development. This lets developers produce quicker user interfaces, upsurge app agility, and dispense a native experience. React Native is also accessible with native applications and can link to current code with ease, making it ideal for quick extensions of existing native projects.

React Native technology relies heavily on hot and live to reload processes. This permits a person to make genuine code modifications and enhancements. While the programmer is updating: live reloading the entire app code after modifications, although hot reloading only reloads a portion of the update, enabling testing and development easier. This validates the first principle, resulting in faster, more intuitive, and efficient application development.

Some features that would meet specific business needs may be missing since React Native technology is still in its early phases. To remedy this, React Native offers two types of third-party plug-ins: Native modules & JavaScript-based. If you want to incorporate Google Maps into your app, React Native allows you to attach any plugin to a native and third-party module.

Developers don’t have to write separate code for multiple platforms (iOS or Android) while using React Native because JavaScript can be used on both. The ability to reuse code boosts productivity, resulting in super-fast development outcomes and lower costs.

Surrounded by all cross-platform frameworks, React Native has the hugest community. The most significant advantage of robust outreach is the assistance accessible to creators. Because React Native is an open-source platform, you can seek support from community experts or access libraries of helpful material to use in developing React Native-based applications.

How To Build A React Native App?

Let’s build an app with react native that shows a simple country list. Because this article aims to teach you to set up the React Native development environment and dip your fingers into the React Native programming, the application will just have one screen with minimal functionality and aesthetics. Use Expo to create the first React Native application. Expo is a valuable tool for individuals new to React Native since it allows you to launch and evaluate React Native apps on the devices quickly. To get started, you need to work on the following:

React Native is a grab framework with outstanding coding features for mobile app developers. This is a sought-after option, particularly for hybrid and cross-platform software development. It streamlines the app development process, but it also saves a significant amount of time. The React Native framework’s potential, on the other hand, is still expanding. However, it does have a large expert community to help mitigate all its flaws and mistakes and a solid foundation to help alleviate the developing problems. Hopefully, we will be able to witness its potential capabilities to address the application in more advanced ways soon.

React Native is a strong fit for projects that require simple functionality, beautiful design, and efficient interfaces, such as e-commerce and social media; JavaScript-based apps; and rapid development in short iterations. Complex visualization; feature-heavy gaming; when designing rich multimedia apps with many background activities; platform-specific apps may not be a good fit for React Native. To summarize the benefits and drawbacks of adopting the React Native technology for mobile application development, we believe it can help roughly 80% of enterprises save time and money. React Native is an excellent choice for most use cases unless you have any platform concerns.

PrevStory Points Estimation In Agile - A Detailed Guide In 2022April 4, 2022
Blockchain And Supply Chain - What Does The Future Hold?April 8, 2022

Expanding our expertise, we – the Clustox family – feel great to share with... 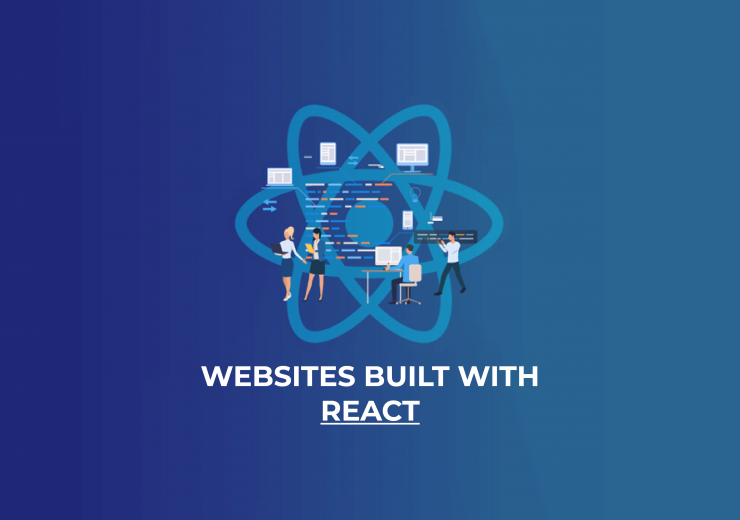